It's the market leader for a reason

When you think of office software, you can’t help but think of Microsoft. Having first been released in 1990, Microsoft Office has seen off multiple competitors and become the productivity suite – the standard by which other office software is judged. Today, Office 2019 brings favourites like Word and Excel right up to date. So what’s the point of Office 365?

If you’re running a business, this is a perfectly valid question to ask. Why pay a subscription for your Office tools, rather than a one-off fee for a copy of Office 2019 or, indeed, an older version? In fact, why not just use a free solution like OpenOffice or LibreOffice? And what about online apps such as Google’s G Suite or Microsoft’s very own Office Online? 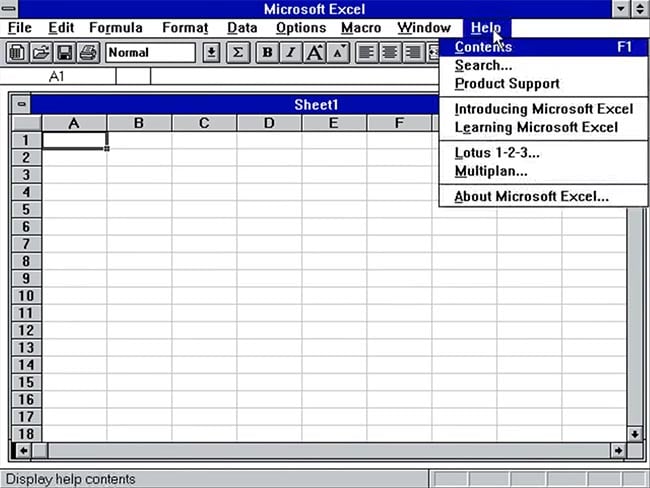 Recently, we were reading the comments of an online article about Office 365, and we saw that several people claimed to have no need for it, because they were still happily using older versions of Office – including someone running Office 2003 in a virtualised Windows XP.

Others, meanwhile, are content to use free office tools to get work done. How come?

Simply put, if you’re an individual who needs to write the occasional letter or who uses spreadsheets every now and then, a free application is probably fine and an old version of Office will do the job too.

Businesses, however, have greater needs than individuals. A sole trader could perhaps get away with using free software, but technically they shouldn’t use anything that isn’t licensed for business use. Even if you pay for a consumer copy of Office 2019, you’re breaching the user agreement if you use it for business.

Aside from this, there are more compelling reasons to use Office 365 instead of an offline alternative.

Office 365 Vs Other Cloud Solutions

If you want the convenience of cloud software, Office 365 is a great choice, but it’s not your only option. Notable examples include Zoho Online Office Suite and Polaris Office Online, but the G Suite is the most popular alternative, Microsoft Offline is another possible option, and LibreOffice is worth a closer look, being free and open source.

The G Suite is quite an impressive set of cloud-based applications, including basic office solutions, online storage and mobile apps. For sole traders, a free account might be okay, but using an @gmail.com email address will look unprofessional, and you won’t be entitled to much support, if any. If you wanted to use the G Suite for business, then it would be best to sign up for a paid account. There are three plans: Basic, Business and Enterprise. It’s these services that are designed to compete with Office 365.

Microsoft offers a range of business plans with varying features.

Microsoft Office Online is a stripped back set of web apps, which is meant to rival Google’s own free offering. With it you get lightweight versions of Word, Excel, PowerPoint and OneNote. Now there’s a free version of Microsoft Teams, you could also add that into the mix, if you wanted. For sole traders and occasional users, Office Online might be sufficient, but it’s really designed for casual consumers only. Don’t expect much support or access to the best features.

LibreOffice Online, much like other free solutions, isn’t a good option for business. It’s a community-led program, so you can’t expect support or for it to adhere to the best security standards. If you need something in a pinch, though, or you’re an individual user, it’s not a bad choice.

Bearing all these in mind, why choose Office 365? A few reasons:

Quite simply, Office 365 is the best productivity suite on the market. The are lots of great alternatives, including many we haven’t mentioned here, but Microsoft’s solution is leading the way for a reason. Microsoft, under its current CEO, Satya Nadella, has put a great deal of effort into making its products more appealing to consumers and businesses, and that work is paying off.

The firm has created a product that is powerful, innovative and secure, and it’s built on Microsoft’s Azure cloud technology, which itself has an impressive rate of uptake – quickly catching up with the market-leading Amazon Web Services (AWS).

Prev Previous Disaster Recovery: How Much Time Is It Worth?
Next Why You Should Use Microsoft Exchange Online Vs. Exchange On Premise Next