Why does that actually matter?

Is your business still using Windows 7 computers? If so, you should really think about upgrading, because 18 months from now, it’s going to reach end of life status – and it’s only one of a few Microsoft products that will no longer be supported.

What Does End Of Life Mean?

It’s worth noting that even after mainstream support ends for its products, Microsoft doesn’t immediately stop supporting its business customers as well. Instead, they enter an extended support period, during which they can continue to receive phone and online support if they pay for it, while everyone continues to get free security updates.

However, Windows 7, Windows 2008 Server and all the other products we’ve mentioned here are already in that extended support phase, so this really is the end for them. After these dates, there will be no support at all, including security updates. 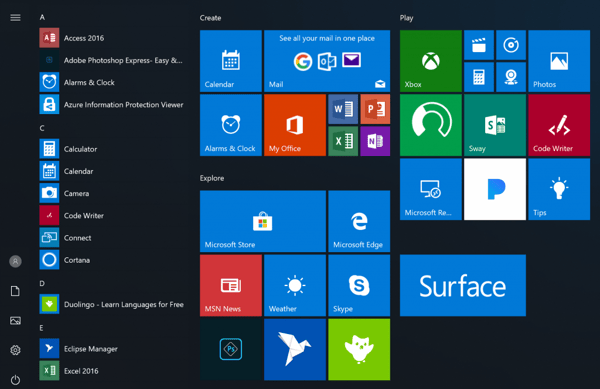 If you haven't already upgraded to Windows 10, time is running out. That, as you can imagine, is a huge security risk. Although these operating systems are generally secure, thanks to years of patching and tweaking to bolster their defences, they may still have vulnerabilities that have yet to be discovered. Or, indeed, hackers may have found weak points to exploit but are waiting for support to end before unleashing malware that takes advantage of them.

Without continued support, these security issues will remain unresolved. As well as putting you at increased risk of computer viruses and ransomware, out-of-date systems could potentially get you in trouble with the authorities if personal data is compromised. As part of GDPR, organisations are expected to have sufficient technology and cyber security to reduce the chances of being hacked. Running your business using unsupported software is exactly the kind of thing you shouldn’t be doing, and could be considered wilfully negligent enough to attract a fine from the ICO.

The financial hit from a cyber attack, the subsequent downtime and a possible fine might be enough to send your business over the edge, but even if you survive that, the pain might not be over. Losing your customers’ data is a sure-fire way to lose their trust, and that’s something that might not ever be regained. Some will inevitably take their business elsewhere.

The solution, of course, is to upgrade. Windows 7 users, for example, should move to Windows 10, while Office 2010 customers can go to Office 2019 or sign up to Microsoft’s subscription and cloud-based Office 365 package.

Not only does upgrading bring greater security, it also offers access to powerful new features and functionality that simply aren’t available in the older software. These can have real business benefits, aiding workflows, communication and efficiency within organisations.

These advantages haven’t gone unnoticed. Millions of users and businesses around the world have already upgraded to the latest Microsoft solutions, with around a third of the OS market being taken up by Windows 10, for example.

But it’s older solutions that continue to dominate. Windows 7 is still the world’s most popular operating system, and the server market is led by the 2008 and 2012 editions of Windows Server. It’s only Office 365 that has so far succeeded in persuading businesses to move on. No doubt the flexibility, the value and the sheer number of apps you get for your money have skyrocketed Office 365 to the top. With operating systems, it’s not such an easy sell for Microsoft. After all, if your computers and servers are still running okay, why change them?

The truth is Windows 7 and 2008 Server were great at what they did, so it’s no surprise they’ve stood the test of time. But realistically, Microsoft can’t support them forever, and new technologies need new software to take advantage of them. Trying to pretend otherwise might save you some money in the short term, but in the long run, businesses don’t do themselves any favours by clinging on to the past.

18 months might sound like a long time, but if you don’t start planning now, you could find it comes around sooner than you expect.

You can keep track of exactly many days are left until these Microsoft products reach end of life. Just head to www.tmb.co.uk/windows-office-upgrade.

Prev Previous Microsoft Teams Now Has A Free Version
Next Defamation, Libel And Slander: Why SMEs Should Understand Them Next