It's just another update, right?

Have you heard the news? The Windows 10 April update is here. Exciting, right? You would be forgiven for not getting all giddy over this slice of news - let’s be honest, we’ve all been here before, right? Month in, month out, Microsoft bestows upon us another set of Windows updates that will alter the user experience and fix any problems they might have encountered since installing the last build.

For Windows 10 users, the latest update is actually quite a big one. Yes folks, this is the big spring 2018 update, complete with various improvements including enhancements to the new ‘Fluent Design System’. Updating will also give you Cortana updates, ‘Nearby Sharing’ for wirelessly transferring files between systems, and the Timeline organisational feature (finally) - this is no mere security update; this is serious stuff.

But what if you’re happy with what you’ve got? Do you really have to keep installing these updates on your system, or could you get away with sticking with what you have? 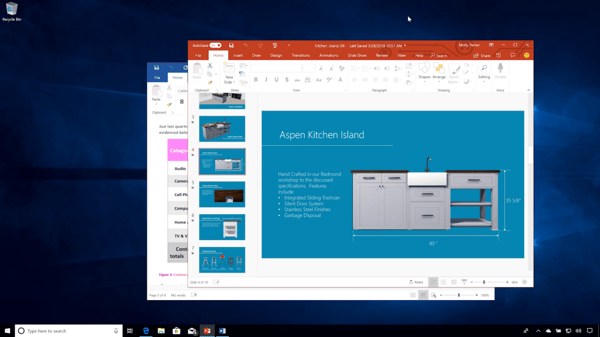 Why Windows Updates Are Important

System updates can be annoying, particularly when they are so frequent, so automatic updates can seem both a blessing and curse at times. But the bottom line is that if you want to ensure your system is secure, they're absolutely necessary. Most system updates are security focused, for the simple reason that there are vulnerabilities being spotted all the time, and those folk at Microsoft don’t want to be responsible if you’re affected in any way.

Vulnerabilities in themselves are tricky things. In an ideal world, a vulnerability would appear, security researchers would fix it, and the world would be a better place. The reality is that operating systems and vulnerabilities are a complex beast, and the two - unfortunately - go hand in hand. But that’s why there are people out there looking out for our security day-in, day-out, and that's why at times, updates seem all too frequent.

The other primary reason updates are released so frequently is to patch programs that are not working as they should. Think of all the software and devices installed in offices around the world, and it’s not difficult to understand the difficulties in keeping on top of how each and every one of these communicates with each other.

Of course, sometimes updates can cause problems themselves, and sometimes you might finds being removed, rather than added. The Windows 10 April update, as a case in point, has removed some features such as the file-sharing networking feature HomeGroup, plus the option to Connect To Suggested Open Hotspots and the XPS Viewer. While none of these features might be among your favourites, it does show that updates are not necessarily just about giving.

What should you do if you don’t want to install new updates without question? In that case, you could change your updates settings from Automatic to Manual from within the Settings menu. No more prompting, no more updates without your permission. If you want to keep automatic updates but you don’t want to disrupt your productivity, set automatic updates for a time that suits you. Just make sure that whether you set updates to be installed automatically or whether you’d rather pick and choose to install what you’d like manually, you don’t ignore the issue.

Ignoring Windows Updates would be akin to ignoring that annoying dripping tap in your kitchen, or that warning light that comes on in your car every now and then. Ultimately, you’re being asked to install an update for a reason, and that reason is usually for your benefit.

Still getting by with Windows 7? Did you know Microsoft will stop supporting it in 2020? Contact TMB to find out about getting your business upgraded to Windows 10.

Prev Previous Office 2019 Vs Office 365: What’s The Difference?
Next Cloud Computing – A Beginners’ Guide For Small Businesses Next