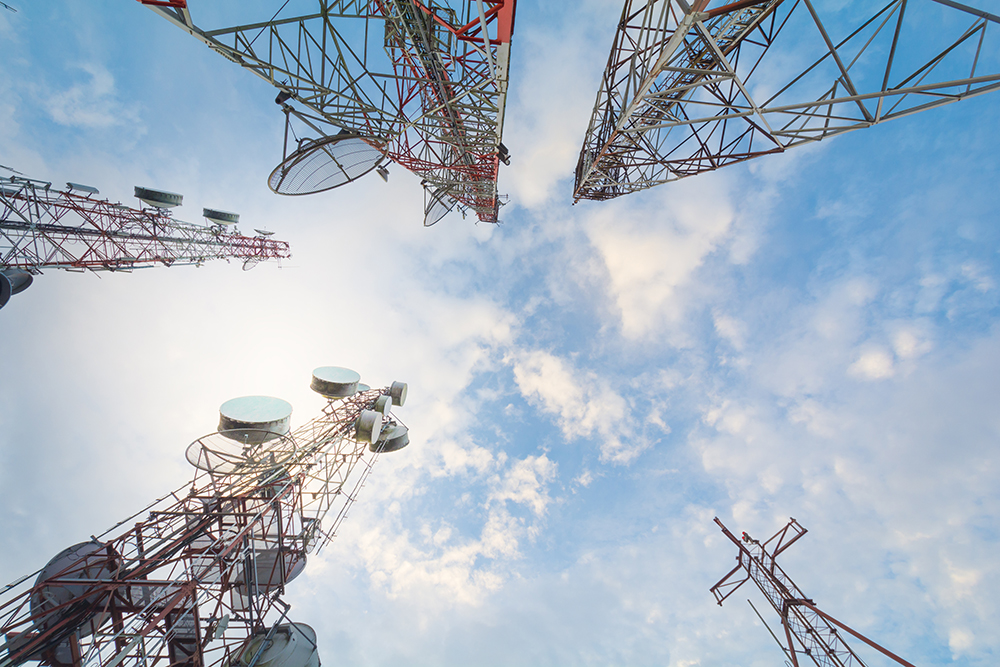 How the nation's main telecoms company works with businesses.

Last week, the Labour Party announced a pledge to create a nationalised broadband service. Some applauded the other idea, while others ridiculed it. We’re not going to debate the merits of that plan here, but it did get us thinking about how we got to where we are today, in terms of the UK’s current telecoms infrastructure. Almost all phone and broadband lines in Britain are owned by one company: Openreach, a division of BT. How did that come to be, and is it actually good for consumers and businesses?

Apart from Virgin Media, which owns its own cable network, the vast majority of the UK's telecommunications network is owned by Openreach. So whether you get your phone and broadband from Sky, Plusnet, TalkTalk, the Post Office or any of the other hundreds of ISPs and phone companies, including BT, you’re still likely to be using a Openreach line. It has roughly 32,000 employees and revenues of around £5 billion.

The only other exception of note is in Kingston upon Hull, where, thanks to a weird quirk of history, there are no BT lines. Instead, they all belong to the KCOM Group (formerly known as Kingston Communications).

Although Virgin’s share of the market is significant, it doesn’t have anywhere near the reach of Openreach. One estimate states that Openreach is responsible for about 80% of the country’s broadband connections. That’s an astonishing figure.

What’s more, while Openreach’s non-network assets and its staff are now part of a legally separate company, the BT Group sill owns it all, including the network. If you’re thinking that sounds like a monopoly, then you’re not alone.

For years, BT’s ownership of Openreach has been a problem. While Openreach itself doesn’t sell communications services itself, BT does, and that naturally leads to a conflict of interest. For years, ISP complained about the relationship between BT and Openreach, and campaigned for them to be separated.

The fact Openreach and BT are now somewhat separate from each other is largely thanks to the work of Ofcom, which has taken various steps to rein in . As Ofcom has stated, though, there is still some way to go with this, and it will be monitoring Openreach carefully in future.

The Road To Openreach And Beyond

How did Openreach come to be, and how did it end up with the vast majority of Britain’s telecommunications network?

Historically, phone infrastructure in this country has been state owned. In the early 20th century, it was handled by the General Post Office, before British Telecommunications was spun off as a separate entity.

Then, in the early 1980s, British Telecommunications was privatised, as part of a selling spree led by the Tory government of the time. Also on the auction table were Jaguar, British Aerospace and British Gas, among others.

Having taken over a national network, the new owners had a clear monopoly on communications in the UK, and that's pretty much how things have remained. However, Ofcom has, over the years, made various attempts to ensure other providers can have the same access to the network as BT. Following the publication of its Telecommunications Strategic Review in 2005, it worked with BT to form Openreach.

Since then, Openreach has been selling access to the network to other broadband and phone providers, but it has frequently attracted criticism. Among other things, Openreach has been accused of providing poor service and failing to invest sufficiently in the network. At one point, Openreach was fined £42 million for breaching contract terms with telecom providers by assuming that wholesale customers had agreed to installation delays. Earlier this year, it was told to pay out £14 million to its customers, which it owed for failing to fulfil service-level agreements.

Assuming it isn’t renationalised, it seems likely Ofcom will continue to work with Openreach to develop and improve UK telecommunications, and to try to make the market fairer for third-party resellers. On the whole, broadband in the UK is still lagging behind many other countries, but speed depends very much on where your home or business is located, with rural areas tending to miss out on the best speeds. If the current government’s plan come to fruition, £5 billion will invested into changing that.

For all its problems, the existence of Openreach does have its advantages. More separation from BT would be welcome, but keeping the UK's network in the hands of a single company helps with maintenance and operational coordination. If Ofcom does its job well, the future of UK telecoms should be bright.

Prev Previous Right-to-repair Laws For Technology Are Needed – And Fast
Next 10/10 For You! (Choose IT Support Companies Who Support YOU!) Next