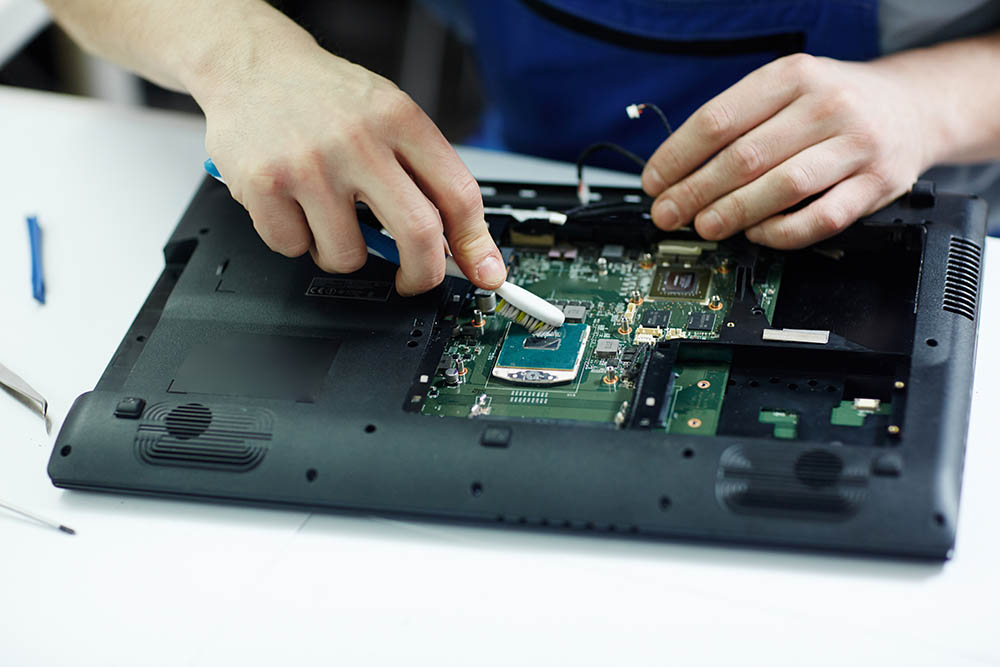 Right-to-repair Laws For Technology Are Needed – And Fast

Right-to-repair laws, which dictate that manufacturers make goods that are easier to fix, benefit consumers and help reduce waste. But there aren’t enough of them, and they’re far too restricted in their scope.

From 2021, EU countries will adopt new rules, laid out this year, which will require certain appliances to be easier to fix. While a step in the right direct, this legislation is not as great as it sounds. For a start, it’s limited to washing machines, lighting, dishwashers and refrigerators. Furthermore, repairs will need to be carried out by professionals, rather than consumers.

In the US, meanwhile, several states are looking at legislation that will give consumers a right not just to repair large appliances but also electronics, such as smartphones and laptops. That’s something we’d be keen to see in this country as well.

Over the years, most electronics companies have made it more and more difficult to repair their products. Phone screens, which used to be screwed on, are now glued. Laptop components are soldered to their motherboards. And spare parts are hard to come by and, if you can find them, prohibitively expensive.

Often this leaves customers with limited choices. If a device needs repairing and is out of warranty, they can:

Because of the costs involved and the difficulty of repairing electronics, many people go for the last option in this list: they throw device away and buy another one, leading to huge amounts of waste. That’s bad for the environment and bad for the consumer’s pocket.

What’s more, manufacturers often make repairs difficult deliberately, no doubt to boost their own profits. They want you to spend as much as possible with them, whether that’s on new products or expensive, out-of-warranty repairs.

As you can imagine, they’ve generally done their best to make life difficult for independent repair shops. One common tactic has been to make service manuals unavailable. They have also opposed right-to-repair laws over the years.

Sometimes manufacturers will cite safety or quality concerns for blocking non-official repairs, and that’s not entirely unjustified. Users could potentially hurt themselves or break the products if they’re not careful. However, there is nothing to stop manufacturers from setting up accreditation schemes for third-party repairers to train in how to fix their products.

It’s telling, too, that parts that used to be easy to replace no longer are. For example, changing a hard drive or the memory in a laptop used to be as simple as removing the old part and plugging in a replacement. Today, while some laptops still make this easy, with ports that can be accessed within seconds, there’s also been a trend for soldered-on components that make upgrades practically impossible. There is no reason for manufacturers to do this, other than to prevent upgrades and repairs.

Thankfully, as well as the possibility of right-to-repair laws, there are other signs matters could be improving. Apple, for many years, has been one of the worst offenders. It charges an arm and a leg for simple upgrades and has slowly been making its products harder and harder to fix.

But in a surprising turn of events, Apple launched an independent repair programme in September 2019. This will give repair companies access to the same parts, tools, service guides and training that Apple itself uses. Sadly, it’s limited to iPhones, so your iPad, MacBook and iMac are all out of luck.

Nevertheless, it’s encouraging to see a company as protective of its profit margins as Apple do the right thing when it comes to repairability. Hopefully, others will follow suit.

However, there is undeniably a skills question that needs to be answered when discussing the right to repair. After all, it’s all well and good giving consumers the right to fix their own electronics, but what’s the point if they don’t know how to actually do it? Making things easier for independent repair shops helps, but they still charge for labour – a cost that may encourage consumers to bin their broken electronics and buy something brand new.

One practical solution would be modular electronics. Unlike devices that can potentially be fixed if necessary, modular goods are designed to be taken apart, with components that can be swapped out with minimal effort.

A good example of this is the Fairphone series of smartphones. As well as promoting fair labour conditions for workers, Fairphone produces devices that don’t contain conflict materials such as gold and tungsten, and its phones are, of course, modular. Users can easily replace parts, such as the cameras, the display and the speakers – all of which can be bought from Fairphone.

Early models received mixed reviews, but now on its third iteration, Fairphones are starting to pull in more favourable assessments. They cost a lot more than similarly specified phones, and they’re not as sleek as most modern handsets, but if you care about the environment, you might consider the premium worth paying.

As much as Fairphone illustrates the possibilities of modular technology, however, it’s also a good example of the drawbacks. As well as being more expensive, it’s slower and much chunkier than the products people are generally used to seeing. That needs to change if modular electronics are to become anything more than novelty items.

But it's important to remember we’re only at the beginning of this journey. There’s plenty of room for improvement, but if manufacturers properly commit to the right to repair and to modular technology, they can help affect a significant, long-last improvement in sustainability.

Prev Previous Thank You For Your Enquiry. We Will Respond Within 3 Months. (Avoid The World’s Slowest IT Support Services).
Next What Is Openreach? Next