Should You Use Open-Source Software For Business?

Why saving a few quid on software might not be such a good idea.

Using open-source software for business purposes can seem like a good idea for one simple reason: it’s usually free. When you’re trying to keep down expenses and boost margins, a saving of hundreds or even thousands of pounds can be hard to ignore. But like most things in life, it’s a bit more complicated than that…

The idea of open-source software is to encourage collaboration, transparency and innovation – and, for the most part, it works well. Without commercial restrictions to worry about and with sometimes vast communities of contributers, open-source developers often fix problems with their programs quicker than closed-source developers do, and they have complete freedom to experiment with new ideas.

Because open-software is open to all, there is nothing to stop commercial businesses from taking bits of code or even entire applications, adding their own bits of code and then selling it all as a new product. In such a scenario, the open-source parts would remain open, but any additional code could be proprietary.

Indeed, one of the world’s most popular operating systems uses this kind of mixture of open- and closed-source software: Android. The core code of Android is open-source and free to everyone, but much of the added bells and whistles belong to Google. 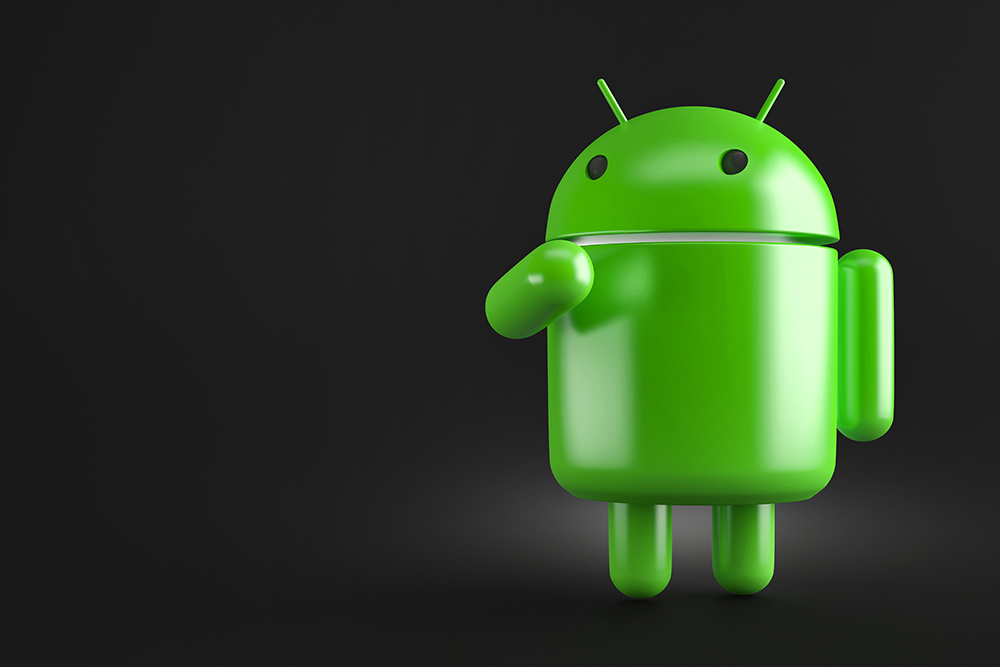 ^ Android uses a mixture of open- and closed-source code.

The biggest issue with using open-source software for business is cyber security. When a company like Google manages an open-source project, it is responsible for maintaining the code and ensuring it is safe. Similarly, you can expect Microsoft to carefully vet its own open-source projects.

But not all developers have the manpower and time that Microsoft and Google do, so they might use bits of open-source code for their software, not realising it has security vulnerabilities in it. And if their new creation is also open source, other may share it and redevelop it, helping that vulnerability to spread even further.

It’s not only accidental security issues you need to worry about either. Open-source software gives cyber criminals a handy way of hiding and distributing malware, which is why it's so important to make sure you acquire applications from trusted sources.

While some open-source developers do offer support services for a fee, most don’t offer any kind of support at all, other than a user forum. That's fair, because in most cases they're working for free, but in a situation where you’re using open-source software for business, you might struggle to find the help you need. If you’re used to the kind of support you get from a company like Microsoft and its partners, such as TMB, you’ll find the difference to be quite stark.

Although open-source projects are generally well-maintained by enthusiastic community members, there is no obligation on anyone’s part to keep software updated. At any time, they could abandon their projects entirely, and there would little you could do about it.

In contrast, if you’re using Microsoft Office, you have contractual rights that Microsoft has adhere to. You know exactly how long you'll be receiving updates for and when software is going to reach end of life.

Software companies spend a lot of money on user experience design, so commercial software tends to be easier to use than open-source alternatives. Furthermore, switching to an open-source program would probably involve training for staff, which – if it's available at all – is an added cost.

Even then, you might find users struggle with open-source tools. Nowhere was this problem illustrated more clearly than in Germany, where two regions of the country switched to Linux for a few years, before doing a U-turn and switching back to Windows. As well as users failing to get along with Linux, there were also some logististical issues, including with application compatibility.

^ Open source or closed source, if you want professional support for your business, you'll have to pay for it.

If you’ve paid for software and it causes compatibility issues, the developer of that software should have a contractual obligation to fix the problem. With open-source software, you may not have any kind of contract at all, which means you’re on your own. Plus if it causes problems for you, your IT provider may not have the means to fix things for you – and they almost certainly won't be covered in your support contract.

Whether you realise it or not, you’re probably already using open-source software in some form or another. Most commercial software these days will use some open-source code, Linux (an open-source operating system) is a popular choice for web servers, and around half of all virtual machines in Azure are based on Linux.

The most important thing is to be careful about which software you use and where you get it from. Businesses that use Red Hat Linux with a commercial support contract, for example, would be in a better position than those that use things they’ve casually downloaded for free from the internet.

Where completely free open-source software can be particularly useful, though, is for occasional use. Let’s say you edit photos every now and then in the course of your work. This wouldn’t really justify a subscription to the Adobe Creative Cloud to get access to Photoshop. Instead, you could download the open-source image editor GIMP (Gnu Image Manipulation Program). It’s not the easiest of applications to use, but it is enormously powerful and costs nothing. (It doesn’t, of course, include any kind of customer support.)

For more regular and mission-critical software for business, you’re usually better off with a commercial solution. Windows 10, for example, is the best operating system for workplace PCs, because it’s easy to use, secure, regularly updated with new features and is fully supported. If you need to host Microsoft Exchange, then you'll need a server running a Windows operating system.

For productivity software, you can’t go wrong with Office 365. Open-source alternatives like LibreOffice are fine for casual use, but they don’t have anything like the same amount of features, the user support or the security of Microsoft’s solution. Plus the integration between the different Office 365 applications, backed by robust cloud infrastructure, simply cannot be matched by open-source software.

Ultimately, a little open-source can go a long way, but there are good reasons why businesses pay for software, and that's not likely to change any time soon.

Prev Previous Why Opera 3 On Subscription Could Be Perfect For Your Business
Next What Are The Risks Of Ignoring A Disaster Recovery Plan? Next