What Is Managed Services, And Is It Right For SMEs?


How moving to a proactive support contract can benefit your business.

As great as technology is for businesses, it can, of course, go wrong from time to time. When that happens, it usually means calling your IT provider so it can come out to fix the problem, after which your contracted number of support hours is reduced or you receive a bill for the work. But there is another way, a way that reduces the inconvenience and cost to your business. It’s called managed services.

Managed services isn’t brand new, by any means, having begun to emerge in the 1990s, and there’s a fair chance you’ll already have heard of it or be using a managed services provider already. But if you haven’t or you aren’t, this quick guide is for you.

Traditionally, IT support and services have worked on what’s known as a ‘break-fix’ basis. This is the kind of reactive situation described in the opening paragraph of this article, where organisations only contact their IT support company when something goes wrong.

With managed services, your IT supplier constantly monitors your computer systems and networks, proactively applying updates and fixes as and when necessary. By doing so, small problems shouldn’t grow into larger ones, and overall reliability should improve.

Before looking at managed services further, it’s important to understand the disadvantages of traditional break-fix support.

If you have a block-hours contract with an IT company, then the time needed to fix whatever problems you may have will be deducted from an agreed total. When all the hours are gone, you have to buy more. It’s a relatively simple and flexible system.

If you don’t have an ongoing contract with an IT supplier, though, then it’s likely you’ll have to call on one if and when you have a problem.

Both these support types can work okay for smaller businesses, provided they have only occasional IT problems and relatively simple setups, but they have some significant drawbacks too. One is their associated costs.

If you don’t have a contract with an IT company, then you can obviously expect to pay more than one of their existing customers. Plus you might find it takes longer to fix your issues because the support firm won’t be familiar with your particular systems or business demands.

For such reasons, a block-hours contract is a vastly better arrangement than no contract at all. But even so, IT companies need to remain profitable to stay in business, and the unpredictable, inconsistent nature of such a system means they have to price their support packages accordingly.

Furthermore, because it's reactive, break-fix support, by its very nature, assumes that problems are going to occur. And while a good IT support company will try to find ways to prevent them from happening again, without constant monitoring there’s every chance something else will go wrong further down the line.

If you’re lucky, the disruption will only be minor. But critical system failures can and do happen, caused by anything from aging computers to accidental damage and cyber attacks. The resultant downtime is not only inconvenient to your workforce, it can also be enough to make normal business operations impossible. That, naturally, is going to hit your bottom line hard. 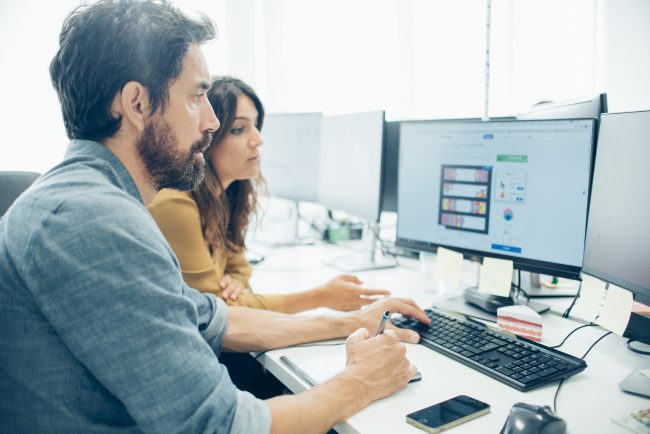 Why Managed Services Is The Solution

As we said earlier, managed services is a proactive approach to support, which involves constant monitoring of your IT systems. If problems do arise, they’re fixed immediately, which reduces the chance of disruption or downtime. In fact, in many cases, managed services customers aren’t even aware there's been a problem at all, because for them the experience is seamless. And for the business, the usual financial impact of such incidents just isn’t there any more.

That’s only one way in which managed services can save a business money, though. As a subscription-based form of support, it also has the advantage of predictable, consistent pricing, which is helpful to organisations that want to more easily manage their IT expenditure. From the viewpoint of the support company, it means a more stable, regular flow of income, rather than a perhaps more profitable but sporadic one. Ultimately, it’s a win-win for both the IT support firm and its customers.

Managed services can also help businesses to plan for the future. As well as problem solving, many managed services providers will also keep tabs on the performance of your IT solutions, flagging up anything that is potentially out of date or no longer providing you with value for money. Instead of periodically carrying out time-consuming and possibly expensive technology audits, you’ll know ahead of time if you need to replace anything, giving you more time to plan how and when that will happen.

There’s no such thing as a perfect system, though, and it’s worth bearing in mind that moving straight from fully in-house IT support to a totally outsourced managed services provider might require some extra time for adjustment. But a good managed services firm can work alongside existing IT staff, and if your IT support is already outsourced but on a block-hours basis, then you shouldn’t run into any problems by moving over to managed services.

What works for one business might not work others, of course, but if you haven’t considered using a managed services provider at all, then you could be doing yourself and your organisation a significant disservice.

TMB provides both block-hour and managed services support to organisations of all sizes, across the South East and London. If you’d like to know more, please call 0333 900 9050 or email info@tmb.co.uk.