There's much more to Office 365 than text documents and spreadsheets.

When thinking about Office 365, it’s easy to fall into the trap of seeing it as nothing more than a cloud version of Microsoft Office. Yes, you get web and mobile versions of Word, Excel, PowerPoint, OneNote and Outlook, but there’s much, much more to it than that.

In fact, most Office 365 plans come with a dizzying array of additional apps that you may not even be aware of. Indeed, if you’re already using Office 365, you will already have many of these apps, but you might not have used them.

Here we look at just some of the applications, outside of the regular office programs, that come with Office 365. (Note: which ones you have will depend on your particular subscription plan.)

Microsoft Access is database management tool, featuring a graphical user interface (GUI) and software development abilities. In Microsoft’s own words, it enables users to “Create and share apps without being a developer”. Using preset templates or starting from scratch, you can use Access to store and track all kinds of data, including inventories, business processes and contacts. Access is available only for PC.

Available as a web and mobile app, Flow enables you to create automated workflows across multiple applications without having to learn code. So when a particular thing happens in one app, you can make another thing happen in a different app. You can create your own workflows or use templates built by Microsoft or the wider community.

Another web app, with Forms, you can create and share quizzes and questionnaires. You can then access all the results and export them into other apps. Forms allows you to set up various types of questionnaires, including multiple choice.

Microsoft planner is essentially a type of Kanban board app, enabling users to organise and designate tasks. Team members can then add comments to these tasks and move them into different columns, which can be labelled however you please. Plans can also be viewed and edited in both SharePoint and Teams. As well as the web app, Planner is available as a mobile app for iOS and Android. 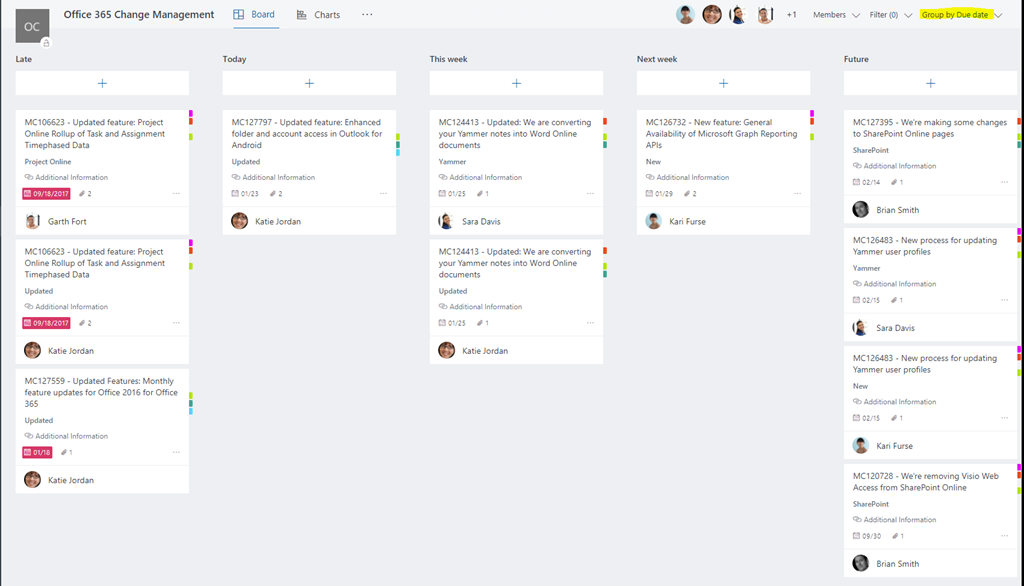 PowerApps enables you to create mobile and web apps for your teams or business – and it’s also a mobile and web app itself. Offering a drag-and-drop interface, it’s relatively straightforward to use, but projects can still be complex, so you may need some assistance if you’re a novice.

Also now available in a free (but limited) version, Teams is an enormously powerful and versatile piece of software, which brings together many of Microsoft’s other applications. As well as text chat, video calling and screen sharing, users can create ‘teams’, and within each team they can share all kinds of information. Think of them as being like chat rooms where you create tabbed pages, upload files and more. As well as integrating with Microsoft solutions like Planner and SharePoint, Teams can also bring in data from third-party apps like Trello, Adobe Creative Cloud and EverNote. Teams is available as a desktop, mobile and web app.

Quite simply, Yammer enables organisations to create their own in-house social networks, although it also offers the ability to create external networks too. In either case, you always have full control over who has access. The idea, of course, is to make the dissemination of information fast and efficient, and thanks to integration with Microsoft’s other apps, that’s exactly what it does. Yammer has desktop, mobile and web apps. 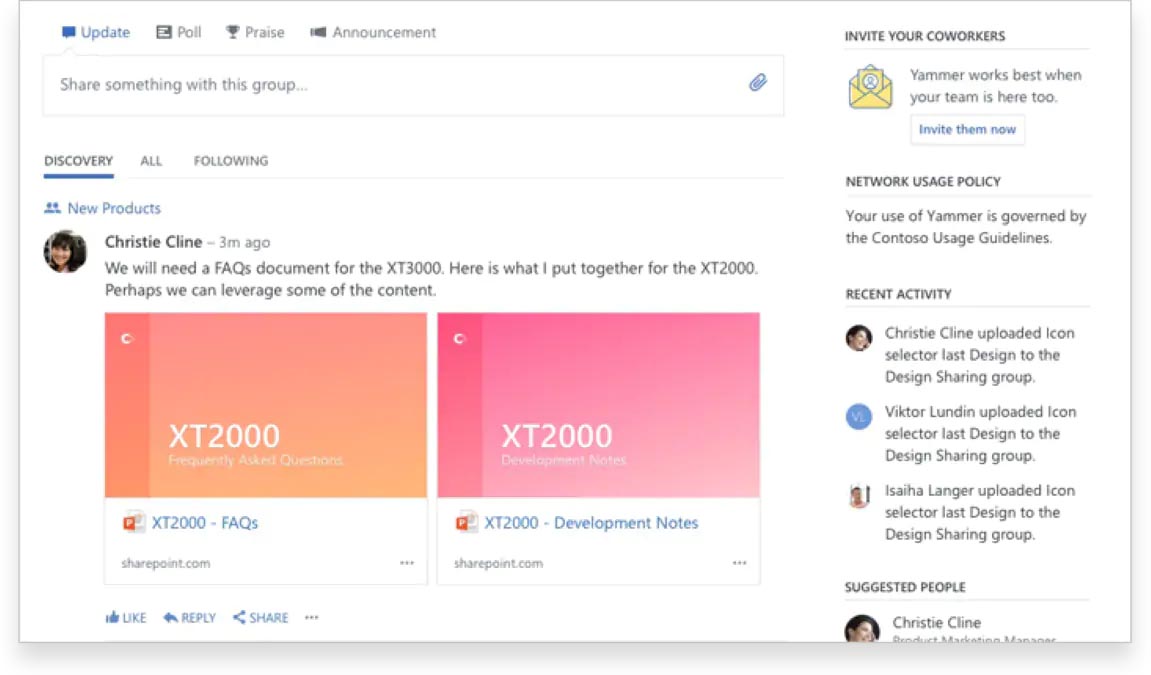 StaffHub is a fantastic app for any organisation that needs to organise work shifts. As well as being able to create and edit rotas, users can share files and important information with their colleagues, submit holiday requests and more. Available as a mobile or web app, StaffHub can also be used to send reminders to team members. For example, it can send a message to a worker’s phone when their shift is due to start.

As well as enabling users to view and edit their Office 365 profiles, Delve gives them a way to see everything they’ve been working on. Not only that, but you can also look at what other people within your organisation are working on, and you can even view the files they’ve recently created or edited. Users can also set up their own blogs in Delve and share information about themselves and their current projects.