Investing in your IT solutions has many benefits – not least the fact it makes you look good. So how does old tech reflect on you?

If the popularity and potential value of retro computers is anything to go by, old technology isn’t without its fans. But that appeal doesn’t usually carry into professional world. In a business environment, old technology doesn’t only slow you down and make you vulnerable; it also makes you look bad.

To demonstrate our point, allow us a quick detour into the world of oral hygiene. Let's say you need to go to a dentist for a checkup. What would you rather see? A pristine operating room, decked out with all the latest, up-to-date, super-modern dentistry tech and a doctor wearing a perfectly laundered white scrubs? Or a dimly lit shed, equipped with nothing more than a deck chair and some rudimentary metal tools – all under the watchful eye of a dentist wearing a wrinkled, but nevertheless clean lab coat?

Obviously, the majority of people would prefer the first option. There’s nothing to say this person is necessarily a more knowledgeable medical professional, but let’s be honest: appearances can mean everything – and the same goes for your business, whether you’re in retail, accounting, banking or, indeed, dentistry.

Yet an alarming number of companies make themselves look bad by continuing to use out-of-date IT equipment and software. And like our shed-dwelling dentist, they’re not doing themselves any favours.

Using old software like this leaves companies at risk, because they’ll no longer receive security updates that would protect their computer systems from viruses and online attacks. It would also put them in the EU’s firing line when the deadline for GDRP compliance rolls around next year.

Still hugely popular, Windows 7 is reaching the end of its life.

But even if these firms manage to avoid security breaches and malware, the fact remains that using unsupported operating systems paints the wrong picture. For example, if you saw your bank manager going over your accounts on a Windows XP computer, you’d have every right to be worried. These people have your finances in their hands, after all. If their cyber security is lacking, how can they protect your money?

It can also make your businesses look amateurish or old fashioned. IT is a vital part of any modern business, and those that don’t have modern systems in place will naturally look like they’re not willing or able to move forward – not the kind of people you’d want to do business with.

Fixing the problem of out-of-date operating systems is relatively straightforward – especially with convenient bundles like Microsoft 365 – but it’s only one part of the puzzle. If you want to really give your customers the right impression, then you should also consider what kind of IT infrastructure you have in place.

Those PCs you’ve had for the past decade might still work, but if this old technology is slowing down workflows and thereby getting in the way of you serving customers, then it’s probably time to retire them. 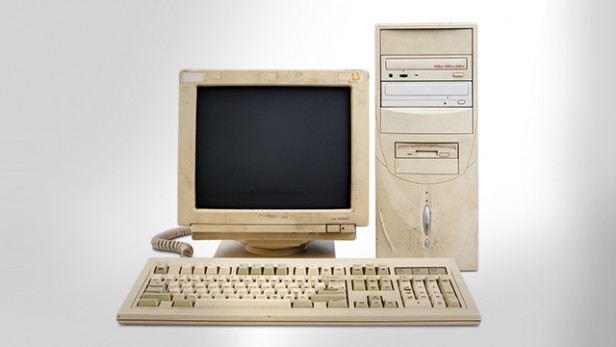 It might still function, but what kind of message are you sending customers?

And like out-of-date operating systems, antiquated hardware creates an image problem. A 1990s-style, beige tower PC paired with a square-screened CRT monitor might well function perfectly well (if slowly), but if customers and businesses partners see it, it could put them off.

Sticking With Your Old Technology

What's to actually stop you sticking with your old software and computers?

Nothing at all. In fact, if your customers never see your IT solutions, then your image can't be negatively affected by them – but that won't last long. Hiding your antiquated technology from your customers won't enable you to avoid all the other problems that come from using out-of-date solutions.

Once those start stacking up, you’ll likely find you have an image problem anyway.

Prev Previous Microsoft’s AI Has Improved Its Products - And The World
Next How Important Is Cyber Security At Christmas? Next