What Does The Internet Of Things Mean For Businesses?


TMB looks at the possible consequences of increased web connectivity.

The term ‘Internet of Things’ has gained a lot of currency in recent years, thanks to the runaway success of voice assistants like the Amazon Echo, but it’s been around for a lot longer than you might think. In fact, IoT devices have existed since the early 1980s at least. But what is the Internet of Things, and what does it mean for small and medium businesses?

Coined in 1999 by tech pioneer Kevin Ashton, the definition of the ‘Internet of Things’ can vary, depending on who you’re talking to, with there being some debate about what counts as an IoT device. But essentially, it refers to any object (thing) that can connect to the internet and other IoT devices. In the consumer space, that means things like smart fridges, smart lightbulbs, Amazon Dash buttons, smart locks and fitness trackers.

However, a large portion of the Internet of Things serves business purposes – and this usage is expected to grow. 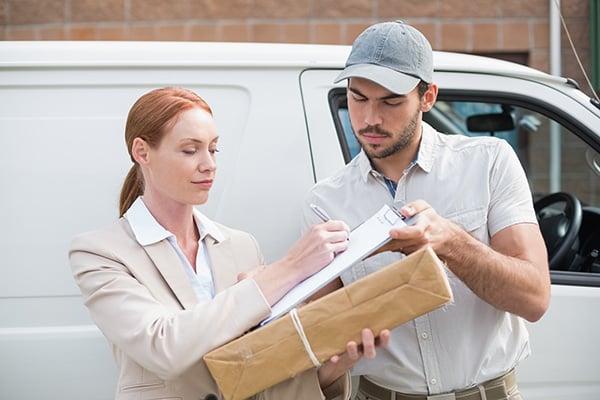 Logistics companies are already making use of IoT.

Internet of Things For Business

If you’re not already using IoT devices as part of your business, then it’s likely you will in future. Today, IoT technology is making it easier and more affordable to do things like:

Inventory management: Remote scanners and sensors can tell you when it’s time to order new stock and when you have a surplus to deal with.

Logistics: If you’ve ever tracked a delivery on a website and seen where your courier is, then you’ve used the Internet of Things.

Customer behaviour tracking: Use sensors to see what your customers interact with and where they spend the most time on your premises.

Staff management: As well as tracking your customers, you can get a clearer picture about the behaviour of your own staff too.

Energy management: See how much electricity you’re using and at what times.

You also find IoT devices being used in healthcare, agriculture and manufacturing, among many others. Indeed, in practically every industry, IoT technology is fast becoming unavoidable.

The Dark Side Of IoT

With all the internet connectivity that IoT brings with it, it’s natural to worry about the security implications of it. Every single object that is capable of connecting to the internet and to your network is a potential weak point, waiting to be exploited by hackers. So while you’re happily making breakfast with your smart toaster, criminals could be using it as an entryway into your network. 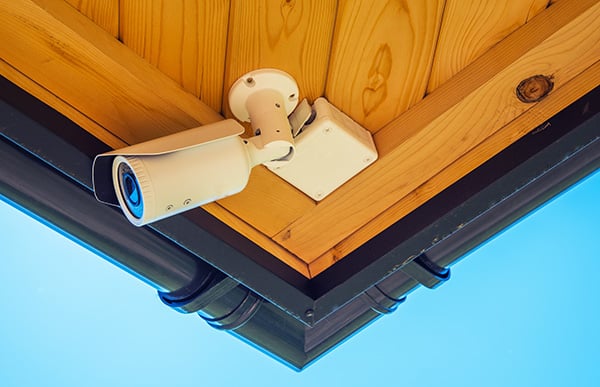 Failure to change default logins is why thousands of security camera feeds can be found on the internet.

It’s not just access to your computers that should concern you. If you’re using smart locks, then you run the risk of hackers being able to gain physical access to your property.

There are also serious privacy concerns to think about. For example, you might use internet-connected security cameras to surveil your workplace. In that case, you’re possibly being watched by unknown parties – especially if you’re one of the many camera owners who are still using the default password. (On a related note, your laptop webcam is also a risk. No wonder Mark Zuckerberg covers his up.) 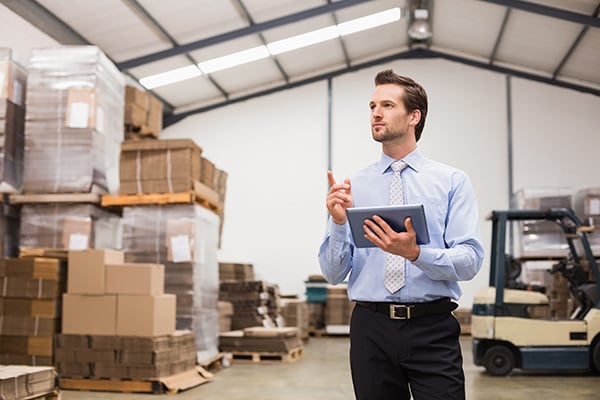 Inventory tracking can be made much easier with IoT sensors.

Securing The Internet Of Things

Unlike PCs, tablets or smartphones, you usually can’t install antivirus or a software firewall on IoT devices. If they do have any kind of built-in security, then it’s their manufacturers who decide what it will be and when it gets updated.

So how do your secure your IoT technology?

First of all, you need some kind of hardware firewall. Depending on your security requirements and the size of your business, this might mean your internet router, or it could mean a professional, dedicated firewall. It’s even possible to set up an ordinary PC as a firewall, if you have the knowledge, time and will to do so.

A hardware firewall will go a long way toward securing your network - IoT devices and all.

The important thing in all these cases is that you can carefully control what traffic is flowing to and from your network, and you can see exactly which devices are connected to it. Any threats from the outside will be prevented by your firewall, so the weaker security of your IoT devices should be mitigated. You can also prevent IoT devices from connecting altogether, by creating a whitelist that only allows access to certain computers and so on. That way, anyone who wants to connect a new device will have to get it approved, which gives you a chance to check out its security features first.

Technology alone, however, is not the answer to all of IoT’s problems. Users have to be vigilant as well, because they're often the source of security breaches. They need to know how to avoid unsafe behaviour, how to spot cyber security threats and what to do when something goes wrong. That comes from effective training, awareness programmes and a robust cyber security policy.

In the end, it all comes down to the oft-repeated mantra of people, process and technology. These three factors have long been seen as the pillars of effective cyber security, and the Internet of Things doesn’t change that. But IoT does pose some unique problems, and as the sheer number of connected devices grows, it’s going to become ever more important to be aware of the dangers as much as the benefits.

TMB offers a range of security solutions for businesses of all sizes. For more information, simply drop us a line and let us know what you need.

Prev Previous How Remote Working Saved Us From The Beast From The East
Next Does It Pay To Be An Early Adopter? Next