Does It Pay To Be An Early Adopter?


Sometimes being first really can be the worst.

As an early adopter of technology, there’s no doubt you could give your business a huge boost. Buying into the latest, greatest innovations could grant you an edge over your competitors and help your business run more effectively.

But being at the bleeding edge of progress is no guarantee of success, and it comes with its own set of unique risks and challenges.

When a new technology is created, its journey from invention to mass acceptance tends to follow a path that can be characterised as a classic bell curve: 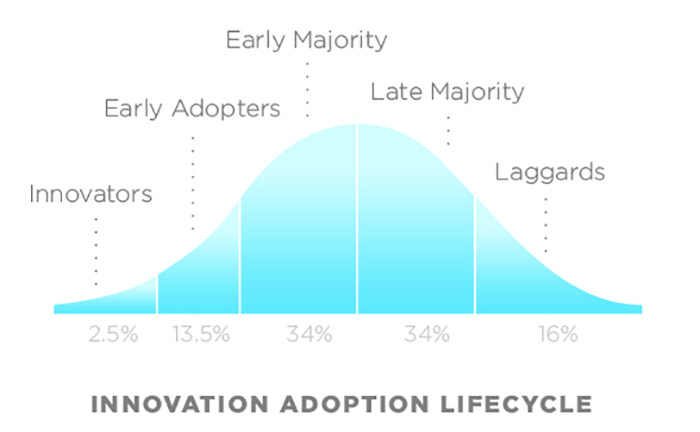 Right at the start, it’s the innovators who get new technology off the ground. These are wealthy companies and individuals, who can afford to have the very latest stuff, as soon as it’s available. Their deep pockets mean they can absorb the cost of buying into potential technological dead ends, and they're happy to accept the risks.

Following hot on the innovators’ heels, it’s early adopters who take up new technologies next, and it’s their influence that will ultimately decide whether things will enter the early and late majority stages, before eventually being taken up by laggards (the type of people who are only now just buying the first mobile phones and flat TVs).

Time To Be An Early Adopter?

Although this model of adoption has been adapted numerous times since its creation in the 1950s (notably by Geoffrey Moore in his book ‘Crossing the Chasm’), it still tells us a lot about the way technology moves from the fringes to the mainstream.

But at what stage should businesses be looking to enter the fray?

For the Microsofts and Googles of this world, being innovators is a vital part of their business strategies. These firms have had many failures over the years, but they’ve also been enormously successful too, and innovation has been central to that.

Most companies don’t have that kind of financial muscle, though. For smaller firms, the soonest they can realistically enter the adoption lifecycle is at the early adopter stage. At this point, technology is still unproven and still expensive, but it’s not beyond reach, and its benefits have the potential to outweigh the risks. 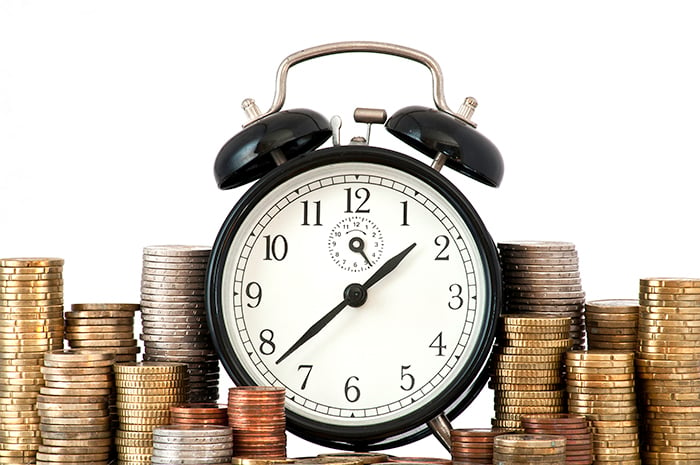 Time is money, but it might still pay to wait.

Obviously, the safest thing to do is to sit back and wait - see how things work out first, before investing valuable resources in new technology.

However, that introduces its own risk: the risk of missing out. Taking calculated risks is often a major part of a business’s success, and that could include rolling the dice on new innovations. If your competitors adopt a new technology before you, and it turns out to be a major success, the head-start they get could present an insurmountable obstacle for you. Conversely, if it fails, your competitors could suffer, and that could lead to an opportunity.

So should you be an early adopter? It’s difficult to say for sure; it really depends on your understanding of the technology and your customers, and your willingness to take risks.

That, of course, is just the nature of business.

Prev Previous What Does The Internet Of Things Mean For Businesses?
Next Data Protection Fee: What Is It And Why Should You Pay It? Next