Why Connecting To Hotel Wi-fi Could Be A Security Risk

Connecting to hotel wi-fi is part and parcel of most business trips. Complimentary internet access means not having to tether to your phone and use up your data allowance for the month. You can read your emails, browse the web and maybe watch Netflix if the connection is fast enough. But how do you know the connection is secure?

For a start, how can you be sure you’re even connecting to the real hotel wi-fi? It’s trivially easy to set up a wi-fi hotspot and give it a similar or identical name (SSID – service set identifier) to the real hotel network. A criminal could easily do this in a hotel, using a mobile device or laptop. Then, when unsuspecting guests connect to this rogue wi-fi, stealing their data would be relatively simple. If you use internet banking, it’s easy to see how falling victim to this scam could be disastrous.

Of course, setting up hotspots like this requires the criminals to be in the vicinity of their prey – something of an inconvenience. It does happen, though, as the prevalence of fake ‘Free Wi-Fi’ hotspots in major cities like London indicates, but generally hackers prefer to do their work remotely.

It should come as no surprise, then, that they’ve found ways to launch cyber attacks in hotels without ever going anywhere near them.

In 2014, cyber security firm Kasperksy revealed the discovery of Darkhotel, a malware campaign it said had been active since at least 2010. Darkhotel involved hackers uploading malicious code to hotel computers, which would then dish out fake software updates to unsuspecting guests. These victims were specifically targeted by the criminals due to their wealth or access to sensitive data, which would then be stolen as a result. 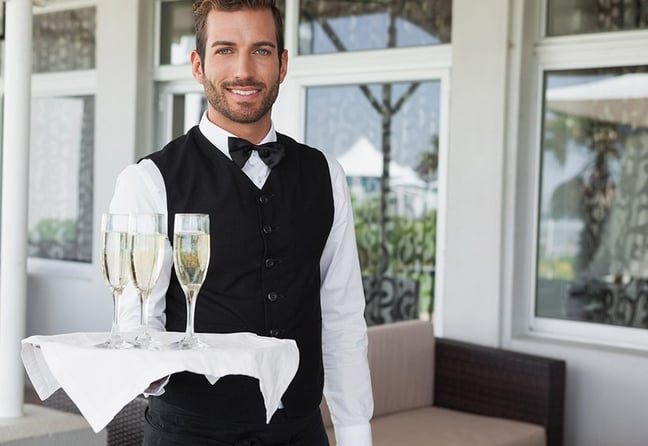 The Darkhotel group (also referred to as Tapaoux by other security firms) mostly hit luxury hotels in Japan and other Asian countries, but was also found to be active in the USA, Germany, Ireland and Russia.

According to some security experts, the Darkhotel group is still active today, but its focus on business travellers is said to have come to an end. Indeed, more recently, it’s been found targeting political figures instead, using malware dubbed Inexsmar. Sadly, that shift in focus doesn’t mean it’s stopped targeting business people completely, though, and we wouldn't be surprised to see it return to this area in the future.

Are You A Target?

The Darkhotel group specialises in attacking specific, high-value targets. This involve a combination of phishing, social engineering and compromising security measures. The attacks are tailored to trick particular victims, which no doubt involves time and effort to do effectively. If you’re not a multi-millionaire staying in a luxury hotel, then it seems unlikely Darkhotel would go to such lengths to attack you. 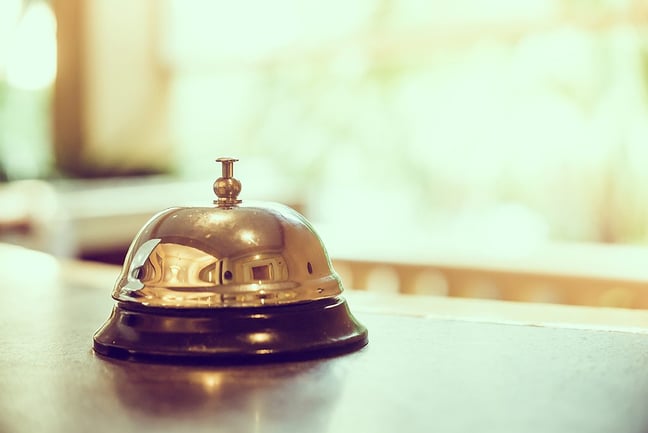 If you see completely open wi-fi networks, alarm bells should be ringing.

That doesn't mean you can afford to be lax about cyber security, though. There are still plenty of malware threats that could affect you when you connect to public wi-fi, and there are no doubt less high-profile criminals than Darkhotel, who would be more than happy to steal from you if given the chance.

While you might not be a target for sophisticated espionage groups like Darkhotel, using any public wi-fi is a still a risk. So how can you use hotel wi-fi safely? Here are a few quick tips:

Have a separate device

If all you want to do is browse the web, read personal (non-sensitive) email, listen to music or watch video, then do it on your smartphone or tablet. Keep your work computer off public wi-fi, and you won’t have to worry about hackers accessing it.

Use your phone as a hotspot

Most smartphones offer fast 4G internet connections, which can easily be shared with your laptop. Theoretically, hackers could also connect to this too, but realistically this wouldn’t be a worthwhile way for them to attack. You will, of course, have to purchase a sufficient data package, which could prove expensive.

If you see wi-fi networks with identical or similar names, inform the management of the hotel, who should be able to tell you which one is the real connection. Note: this won’t protect you if the hotel’s network has been compromised.

Be wary of any completely open wi-fi network

If the network doesn’t ask you to enter a password, it’s not a good idea to connect to it.

Need help securing your business laptops? Running a hotel and worried about hackers? TMB can help. Just call us on 0333 900 9050 or email us at info@tmb.co.uk.

Prev Previous What Is Cyber Essentials, And How Does It Work?
Next Can BYOD Really Work For Small Businesses? Next