Online storage is handy, but it's not without risks.

The ability to store copies of important data online is something that many individuals and businesses find invaluable. Millions of users sign up to services like Dropbox, OneDrive and Google Drive, and there’s a huge market for enterprise-grade solutions like Veeam and Unitrends. It’s quick, convenient and cost effective. But are cloud backups safe?

It depends what you mean by safe. Whenever you store a file in the cloud, you’re essentially putting it on someone else’s computer – that someone being a company with several banks of servers in a data centre somewhere. That, naturally, requires a significant amount of trust. You trust that the cloud provider won’t look at your files, copy them unnecessarily, steal them or lose them - either through mechanical failure, a cyber breach or a human error. It’s unlikely you’ll have any control over how or where your files are stored either, so again you assume that it’s all done in a way that’s safe and compliant with rules like GDPR.

Ultimately, unless you set up a private cloud, you’re never going to have full control over these kind of things. All you can do is have faith and assume everything is above board. 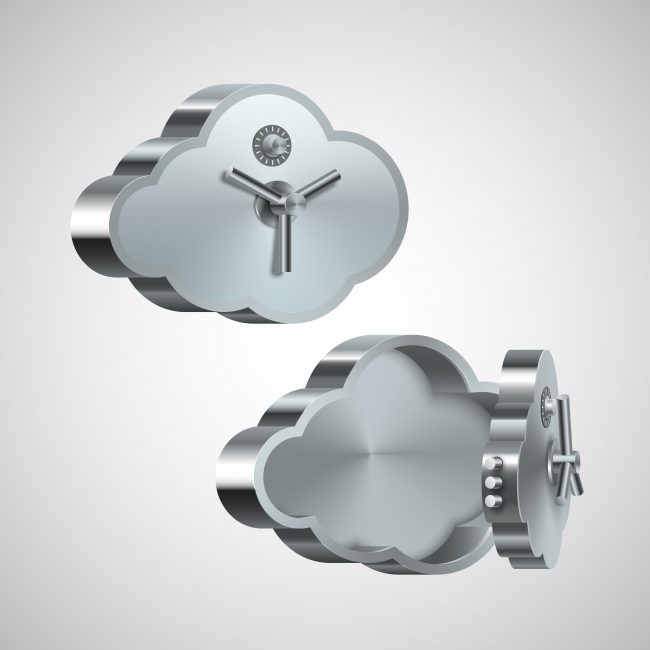 Cloud backups aren't immune to theft, but encryption is what keeps them safe.

Probably the main concern with cloud backups is that potentially sensitive data pertaining to your business might end up in the wrong hands. As well as being sent to a third party, your data gets sent over a public network – the internet. For the purpose of this article, that’s what we’re interested in: are cloud backups safe from criminals?

There are numerous ways data could be stolen between it leaving your network to arriving at a cloud storage data centre. It could start right at the beginning, with your own systems - a computer virus, maybe, that redirects files to criminals rather than sending them to the cloud backup service. Or a hacker could intercept your wi-fi and steal data that way. Alternatively, whoever provides your cloud backup services could get hacked.

Of course, such scenarios aren’t everyday occurrences, but they do happen. That’s why it’s so important that backups are encrypted before being sent across the internet. Even if third-parties were somehow able to get hold of your backups, they wouldn’t be able to read them without the decryption key, so the files would be useless. In the case of 256-bit encryption, it would take a hacker millions of years to crack it, using brute-forcing. There are other methods of hacking, but to date, 256-bit encryption methods remain safe.

Returning to our original question, then: are cloud backups safe? Yes, they are, thanks to encryption. They’re not immune to ransomware, theft or loss, but if combined with other backup methods, in a 3-2-1 backup system, cloud backups are a convenient and useful addition to your data recovery strategy.

TMB offers a range of different cloud backup solutions. Contact us today to find out which one best meets the demands of your business.

Prev Previous Defamation, Libel And Slander: Why SMEs Should Understand Them
Next New Bluetooth Vulnerability Illustrates The Importance Of Updates Next