It would be hard to think of a more famous tweeter in the world right now than Donald Trump. The US president is, shall we say, candid on the social networking platform, having offended a great many people during his time on Twitter. Of course, Trump has managed to offend people elsewhere too, but it’s on Twitter where his particular points of view have been writ large.

In the business world, too, there are high-profile examples of people and companies causing offence, with a badly worded or ill-judged message landing employers and employees alike in hot water. Most recently, Tesla’s Elon Musk has been a prolific Twitter user, posting his thoughts and opinions to the world, alongside more business-focused messaging.

Musk hit the headlines for all the wrong reasons during the summer for his defamatory comments aimed at rescue diver Vernon Unsworth, a key player in the rescue of the children trapped in a Thai cave. Having initially apologised, Musk later, in effect, reiterated his initial words by asking in August why he hadn’t been sued yet if Unsworth felt the allegations to be untrue. Last month, Musk was indeed sued by Unsworth for defamation.

The impact of controversial, defamatory messaging from business leaders and employees can certainly be felt by the company itself. Tesla investors were all too aware of this when they requested that Musk apologise to Unsworth in the first place.

Investors and shareholders would have also been wary of the potential problems that another tweet from Musk could cause. 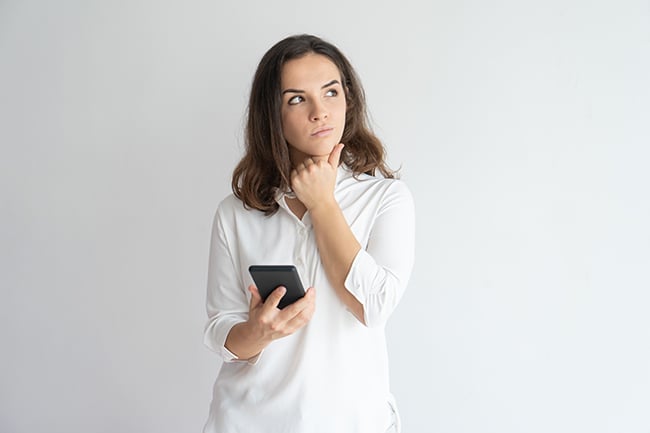 If you're wondering "Should I tweet this?", the answer is probably no.

In August, Musk wrote “Am considering taking Tesla private at $420. Funding secured”. Clearly suggesting that he was to take Tesla off the stock market, the post caught the eye of the Securities and Exchange Commission in the US, which charged Musk with fraud at the back end of September over what it called “false and misleading” statements, which risked investors thinking that Tesla already had the funds to go private - funding that actually hadn’t been secured.

The lawsuit impacted heavily on Tesla’s share price, which plummeted, only to rise sharply again when a settlement was decided on just days after. Musk had a high price to pay to appease both the SEC and investors, agreeing to step down as chairman from November and paying $20m in charges. Tesla was also ordered to match that $20m figure.

Interestingly, despite such a penalty and the temporary loss of his chairman role, Musk is still playing with fire as he tweeted this week '"Naughty by Nature", followed by a ‘smiley face’ emoji and a link to a video of the rap group's music video for 'O.P.P.'.

The tale of Elon Musk really ought to be a cautionary one for any chief executive to pay heed to. Twitter, like any platform, can be used to promote and spread positive messaging surrounding a company. However, also like any platform, it needs to be fully understood before jumping in.

There are many more examples of businesses seeing themselves on the wrong side of a Twitter backlash. In 2012, for example, McDonald’s ran a campaign promoting its fresh produce and focusing on the farmers supplying its restaurants. When the company then used the hashtag #McDStories, the campaign was swiftly jumped upon by consumers keen to trash the McDonald’s brand. For McDonald’s, it was a harsh lesson in the difficulties of controlling the message.

A couple of years earlier, Vodafone fired an employee over a deeply offensive tweet posted from the company’s official account. A similar thing happened to the Chrysler account when someone from an agency working with the company sent out a message bad-mouthing drivers.

When the American Red Cross made an honest mistake, sending out a personal message on its official Twitter account, the company handled the afternath admirably by acknowledging and apologising for the errant message in a light-hearted manner.

Should You Steer Clear?

It would be easy to read the horror stories above and assume that Twitter just isn’t worth it, but that’s not the case at all. The simple truth of the matter is that Twitter has provided businesses with access to a vast, media-savvy audience, and it represents an opportunity to engage with consumers like never before. Twitter users do need to be aware of the potential pitfalls, however, and pay heed to some basic dos and don’ts.

The primary question that needs answering before any tweet is sent is whether that content is useful. Twitter presents a chance to deliver genuinely valuable, authoritative information to your audience - to present yourself as an expert in your field. Use it.

Hashtags should be carefully chosen and used correctly. Where McDonald’s went wrong was in choosing a fairly generic hashtag that could then be seized upon by users wanting to cause the brand a whole lot of bother. Be specific so that people using that hashtag can associate the content with your business services and products.

Engaging with customers will typically mean conversing with them, so do reply to comments and build up a rapport with users on Twitter. And finally, if you are going to use Twitter, don’t see it as a chore. Used correctly, Twitter can be a vital part of any marketing strategy and should be afforded as much attention as any other part of the marketing mix. Analyse and review your Twitter activity periodically to see what works and what doesn’t.

Prev Previous Facebook In Fine Mess?
Next Collaborative Working With Microsoft Tools Next