Using A Tablet For Business: Which Platform Is Best?


Mobile devices are light and easy to use, but can they really be used for serious work?

Using a tablet for business can seem attractive for a number of reasons. Like laptops, they enable remote working and hot desking, allowing workers to stay in touch with the office when they’re out and about. They’re much more portable and lightweight than laptops, though, and often cheaper too. In many ways, they’re easier to use as well, especially as they run the same operating systems that most people already have on their smartphones.

But tablets also come with some significant drawbacks. For a start, they don’t normally come with a keyboard or a trackpad, and even when these are available as add-ons, they’re rarely good enough to compete with those you’ll find on a decent laptop. Beyond inserting an SD card, you can’t upgrade tablets either, so you’re stuck with whatever they come with, whereas the majority of laptops can be improved in some way, thereby extending their life.

If you still think using a tablet for business might be right for you, then read on, as we look at the three main platforms available to you: iOS, Android and Windows.

It’s not for nothing that Apple has become the first trillion dollar company in the world. It makes high-end electronics that are desirable despite their high prices, and it’s a world leader when it comes to producing intuitive customer experiences. iOS, its mobile operating system, powers all its mobile phones and tablets, and it's supported by millions of excellent apps, including many built for business purposes. Even Microsoft and Google have apps for Apple products, because they simply can’t ignore such an important market.

But is an iPad really a suitable alternative to a laptop? Probably not, and that’s why Apple launched the iPad Pro, a more powerful version of its popular tablet, designed to meet the demands of business. Available in 10.5-inch and 12.9-inch versions, the iPad Pro offers the ability to use the Apple Pencil, a remarkably accurate stylus, and the Smart Keyboard, turning this tablet into something resembling a traditional laptop. Those add-ons are expensive, though: the full set could cost you as much as £1,377. 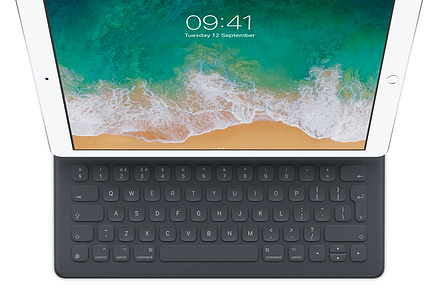 The iPad Pro is a powerful piece of kit, but is it actually any good for working on?

There’s no getting away from the fact that the iPad Pro is a tablet more than anything, though. It might have some fancy accessories, but it runs the same OS as any other iPad. That means you’ll have to deal with all the same restrictions, like only being able to install apps from the App Store and not having any way to increase its storage.

The lack of easy connectivity is a problem too. A laptop will offer you USB ports and video output (HDMI, DisplayPort or similar), but all iPads offer is a charging and data port and a headphone port. If you want to plug in a USB disk drive or a connect to an external monitor or projector, then you’ll need to buy various adaptors. That means extra cost – and more so if you buy Apple’s own, generally expensive versions.

Despite these problems, iPads are still viable for business, provided you can find the right apps to carry out your work. If you just need standard office tools like a word processor, spreadsheets and so on, then you’ll be fine, because there’s a ton of those in the App Store. Graphic designers, too, would get along with the iPad Pro, assuming they buy the Apple Pencil too. You won’t, however, be able to run any specialist apps that aren’t in the App Store, which could severely limit the iPad's usefulness for your work.

Apple is also very good at pushing out updates to customers, but it’s worth bearing in mind that it frequently abandons older products, so at some point in the future, you won’t be able to get the latest version of iOS.

In stark contrast to iOS, Android is a much more open operating system. Like Apple, it imposes all kinds of rules on its app marketplace, Google Play, but users are also free to download and install apps from other sources. Given the right technical abilities, a business could conceivably create their own custom Android software.

If you’re thinking of using a tablet for business and you’re eying up Android, then you’ll be glad to hear it also has many apps that make it suitable for that purpose. As with iOS, you can get all sorts of productivity solutions, including from big names like Microsoft.

The Galaxy Tab S3 comes with a high-quality stylus, and you can also get an optional keyboard for it.

But Android is a much more fragmented experience than iOS. Not only do many manufacturers tweak or even redesign the operating system, they also have a lot of freedom when it comes to the hardware. Some, for example, feature full-size USB ports and video outputs, but many don’t. Others come with keyboards, styluses and trackpads, while some would require you to buy these separately. Depending on the device you get, then, it may or may not be well suited to business.

Also problematic is the fact that individual manufacturers are responsible for getting out Android updates to customers. Sadly, some of them are much less proactive in this area than others, and that could leave you vulnerable to unpatched security holes. And as with iPads, older Android devices eventually get left behind when manufacturers stop supporting them.

Ultimately, using an Android tablet for business isn’t much different to using an iPad. If you have to use any specialist Windows-only software, then you’ll most likely have to look elsewhere.

Microsoft has had many attempts at producing an operating system for mobile devices, including Windows Mobile, Windows Phone and Windows RT. None of these really worked out, though, and eventually it decided to simply create a version of Windows that would run on PCs and tablets: Windows 10. Yes, these days Windows tablets run the same OS as you’ll find on desktop PCs and laptops.

That, of course, means you can use all the same software, including any specialist tools that aren’t available on other platforms. If you’d rather have a more locked-down experience, then you could simply stick to apps from the Microsoft Store, although it doesn’t have anywhere near as many apps as either the Apple App Store or Google Play.

Windows 10 also has the advantage of a tablet mode that can instantly make it more touchscreen-friendly, which is great if you’re holding your device in one hand. Or you can run it in desktop mode, and with an add-on keyboard, and a trackpad or a mouse, you have what is essentially a touchscreen laptop, and a stylus will add even more possibilities. 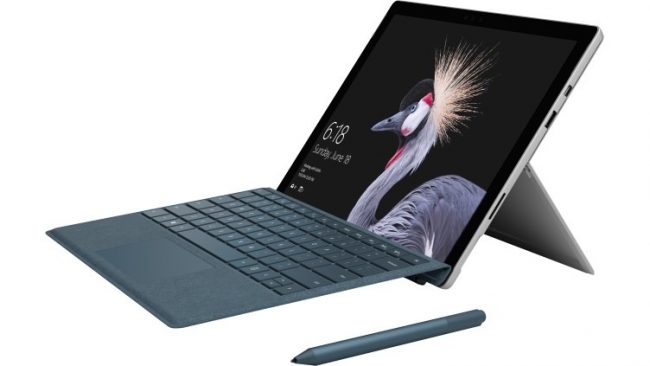 The Surface Pro has everything you need from a laptop replacement, but it's not cheap.

Like Android, Windows 10 isn’t limited only to its maker’s own hardware; there are many Windows 10 tablets available at a variety of prices. However, it’s Microsoft’s own Surface range that leads the way, with the top-of-the-range Surface Pro models frequently attracting awards from critics. This, like the iPad, though, is expensive, with the 1TB version costing £2,419, without the added expense of the Surface Pen and the Type Cover keyboard. There are cheaper models, but the least you’ll pay is still £750 (again without the pen or keyboard).

If that’s too rich for your blood, then it’s worth checking out the Surface Go, the new, lower-priced entry into the range, which is available for less than £400.

Using A Tablet For Business: Is It For You?

Without doubt, a Windows tablet like the Surface is ideal if you want a computing experience that is as close as possible to using a laptop, but if you don’t need Windows, then both Android and iOS could be good alternatives for you.

It’s not always straightforward to get data from a mobile device to a PC and vice versa, but cloud computing can help to clear that hurdle: a document created on a desktop PC can easily be uploaded to the cloud and then downloaded onto the tablet to continue working on it on the move. Tools like Microsoft Office 365 and Google Docs make such things fast and easy.

Indeed, the growth of cloud computing and virtual desktops could one day mean there’s very little difference between the various operating systems, and it will all be about the hardware.

Right now, though, anyone thinking of using a tablet for business needs to think carefully about what they’ll be doing with it, what software and hardware they’ll need to use with it and how much they’re willing to spend.

If you're using mobile devices in your business, you need the right security measures to protect yourself. Contact TMB to find out how we can help.

Prev Previous Inconvenience Is A Small Price To Pay For Security
Next Should Businesses Stop Using Fax Machines? Next