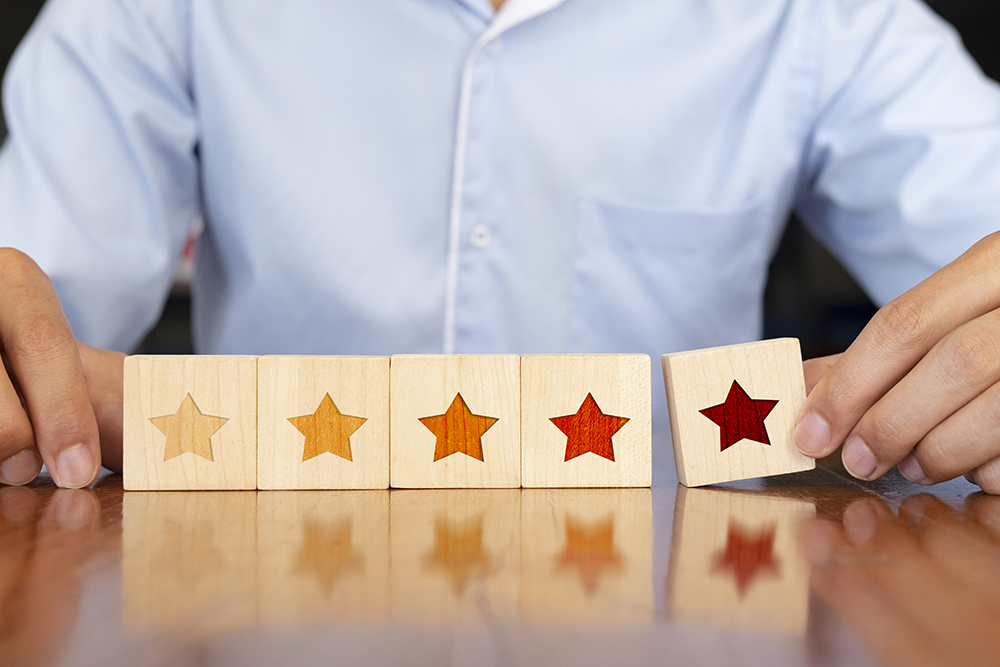 If you want a handy example for the phrase “double-edged sword”, then online user reviews are ideal. In many ways, they provide an excellent public service, helping consumers to choose whom to business with and encouraging companies to offer excellent service. But at the same time, they’re open to abuse, which can mislead users and unfairly damage businesses. The problem, as you can probably guess, is fake reviews.

Most recently, reviews site TripAdvisor has found itself under scrutiny, having been the subject of a devastatingly unfavourable report by Which? magazine. Analysing almost a quarter of a million reviews from the site, Which? found that around one in seven showed signs of being fake.

Naturally, TripAdvisor rigorously defended its service, and just over a week later it published its first ever Review Transparency Report. In 2018, the report says, TripAdvisor removed more than a million fake reviews.

That's encouraging, but it’s still not enough. TripAdvisor received around 66 million reviews that year, which is far too many to check manually, so it relies largely on fraud detection software to spot fake reviews. Only about 2.7 million were checked by people.

The result is that fake reviews can and do get through and end up online. As the BBC reported, one business owner found himself dealing with negative reviews that simply could not have been true. Charles Goodall had bought a derelict pub, with the intention of turning it into housing. Despite having not been open for many years, the pub somehow managed to attract reviews. He described TripAdvisor as “slow to respond” after he contacted it.

Although TripAdvisor is currently dealing with a fake review scandal, it’s far from the only site that is plagued by them. Fake reviews are also rife on Amazon, Google, Yelp and just about any other website that offers user reviews.

First, you have the fake positive reviews, written by business owners or employees, or by paid reviewers. The idea of these, of course, is to boost sales and make more money. It’s dishonest, misleading, and it devalues the entire idea of user reviews, but those who do it could perhaps argue that as long as they actually provide good service, they’re not doing any real harm.

It would be much harder, though, to defend fake negative reviews. These exist only to cause damage to businesses, and they can be extremely difficult to get removed.

Take Google Maps reviews, for example. Anyone can go onto Google Maps, find a business and leave a review. There is no need for them to prove their identity or that they have ever actually used that business. If they leave a negative review, the business can flag it as inappropriate, and Google then promises to consider it. But if it doesn’t break its content policy, it is unlikely to be removed.

That policy includes fake reviews, but sometimes it’s impossible to prove a review is fake, so the review will remain where it is.

Of course, for review sites to work, negative reviews have to be allowed, and it shouldn’t be too easy for businesses to remove them. (Oddly, another problem is that honest negative reviews get deleted as well.) But fake negative reviews can significantly affect businesses, so it’s a massive problem, and it currently doesn’t have a good solution.

If you find your own business having to deal with a fake negative review, then do report it, if possible. However, if the review site doesn’t remove the review, as is often the case, make sure to reply to the review. Ask for more information about their complaint; state that they do not appear in your contact database and that you have no record of their transaction; suggest they contact you directly. Most importantly, be polite.

By replying in this way, anyone who reads your review will see you care about your customers. It won’t totally offset the damage of fake reviews, but it can help. And, sadly, it's sometimes all you can do.

Not everyone cares about doing business honestly. Some people are quite happy to post fake reviews of their competitors to damage their reputation and give themselves a competitive edge. And it stands to reason that if you can buy positive reviews, you can probably buy negative ones too.

There’s simply no accounting for how people get their kicks. Randomly selecting a business and writing a fake negative review about it might provide a great source of entertainment for some folk.

Google ‘TMB’, and you’ll find there are plenty of other businesses that go by the same name. A few of them are even involved in technology and IT. On a fairly regular basis, we get support queries intended for them from their customers. The same thing can happen with reviews: people post their honest thoughts about a company, but choose the wrong one to write about.

Have a personal problem with someone? Why not get your revenge by destroying their business through negative fake reviews? The fact is there is nothing to stop an angry ex-partner (business or personal), a friend you’ve fallen out with, or anyone else at all from trying to hurt you this way.

On 14th July 2018, restauranteur William Eve, attended a rally in support of controversial public figure ‘Tommy Robinson’. During that event, he approached an Al Jazeera journalist, using threatening language. This eventually led to a court case, but not before footage of his behaviour had gone viral on social media, resulting in a flood of fake negative views for his restaurant, on just about every review site it was listed on. However, you feel about this case, it can happen to you no matter what your politics are, because someone will always disagree with you, and social media makes collective action easy.

Has your business ever been affected by fake reviews? Leave us a comment and let us know.