Do You Need A Mac For Design Work?

Wherever there are graphic designers there are usually Apple Macs. Publishing houses, marketing firms, printing companies – walk into any one of their offices, and you’ll likely see iMacs and MacBooks dotted all around. You might even spot the odd Mac Pro. But all the most popular design software for Macs is also available for Windows PCs. So do you really need a Mac for design work?

This isn’t only relevant for companies with a specific interest in design. Since Adobe moved to a subscription model with its Adobe Creative Cloud, businesses of all sizes have had an affordable way to access its popular design software. Tools like InDesign, Illustrator and Photoshop allow even small businesses to create their own professional-quality brochures, white papers and so on.

But these applications run just fine on Windows, so what’s the appeal of Apple hardware?

One of the main attractions of Macs is that they’re supposed to be easier to use than Windows computers.

The reality is slightly more complicated than that. If you’re not computer literate, then you might find the Mac operating system, OS X, to be more straightforward. By default, Apple hides all the complicated stuff away from the user and streamlines the experience.

While that’s great for novice users, it can be limiting for people more comfortable with computers in general. Take, for example, the importing of photos from a camera. With Windows, you can plug the camera in via USB and browse through the contents of the storage card like a normal folder. Do the same on a Mac, and you have to import your files through Apple’s Photos app. And your photos won’t be in a regular folder; they’ll be in a ‘library’ that’s designed to accessed only by Photos. If you're used to the Windows way of doing things, features like this can be frustrating rather than helpful.

In the early days of desktop publishing, Macs had a major advantage in how they displayed colours and fonts. As they cemented their reputation in this area, this continued to be the case. But things change, and these days, there is very little difference between the two platforms.

You may have heard about the Retina displays used in new Macs, but this just means they're high-resolution displays. Yes, they are impressive, but Windows users can buy similarly high-quality laptops, all-in-one PCs and monitors.

Ultimately, any advantage Macs have in these areas is minimal.

There is no doubt Apple products look good. If you want to impress people, then rows of shiny new Macs will certainly do the job.

They’re also extraordinarily well built. With their sturdy aluminium construction and well-tuned engineering, Macs are made to last.

These traits are not exclusive to Macs, however. Companies like Asus, HP, Samsung and, of course, Microsoft make some stunning, well-built alternatives.

The big difference is consistency. With Macs, you know exactly what kind of quality you’re going to get every time. With Windows devices, it’s more hit and miss, which makes researching potential purchases essential. It's no wonder Macs retain their value much better than other computers.

If you have room in your budget, you won't be disappointed with an Apple Mac

Over the years, Apple has made its products increasingly difficult to upgrade. Swapping out a hard drive on an iMac, for example, involves removing the glass on the front, unplugging lots of fragile connectors, undoing a ton of screws and moving various internal components out of the way. It can take a good few hours and is not for the faint of heart.

Windows desktop users, meanwhile, have a much easier time of things. They can make changes to their computers with relative ease. If they want to put in a new component, they can, whenever they want.

With laptops, it depends. All new MacBooks are hard to upgrade, but so are some Windows laptops. The same goes for most all-in-ones, including the iMac.

The only Apple exception is the Mac Pro, but these are hideously expensive, and there has been a new one since 2013. There is a brand new model due this year, though, so it might be worth waiting for.

You can’t have a discussion about Apple without talking money. Apple products are generally expensive. They are well made and they generally perform well, but you can find equivalent PCs for less.

Where Apple really pushes the boundaries on price is with upgrades. How does £990 for a 2TB solid-state drive sound? Ridiculous, probably, but that's how much Apple charges if you want this component in its top-of-the-range 27-inch iMac. Prices for a 2TB NMVe SSD like that used in this iMac start from about £200.

Because you can't upgrade an iMac's storage easily, you have little choice but to pay Apple's prices. You can, however, upgrade the memory (RAM) yourself, just by popping open a slot on the back. 64GB of high-end RAM like that used in the 27-inch would cost you about £350 in a Windows PC. Apple's price? £900. On their own, Apple charges £1,080 for these, so that's a bargain, right? Nope. OWC sells 64GB of Mac-compatible memory for this iMac that costs just 478 Euros – about £422.

Because of how much they cost, we’ve seen companies clinging on to old Macs for much longer than they should. These computers struggle to run the latest design software, which slows down production and wastes time, and they may not be eligible for the latest software updates.

If you’re on a tight budget and you need a computer for design work, your best option is a Windows PC.

For a long time, Macs were niche enough that hackers didn’t bother targeting them with malware. That helped give rise to the myth that Macs don’t get viruses. That simply isn’t true: as they’ve become more popular, they’ve increasingly attracted attention from criminals.

Windows, however, remains the more popular of the two operating systems, so it still gets the lion’s share of malware. But Microsoft has made great leaps in this area in recent times, and Windows 10 is by far the most secure version of Windows ever.

And, of course, Windows and Mac users are equally affected by email phishing scams, which account for a large proportion all cyber breaches. 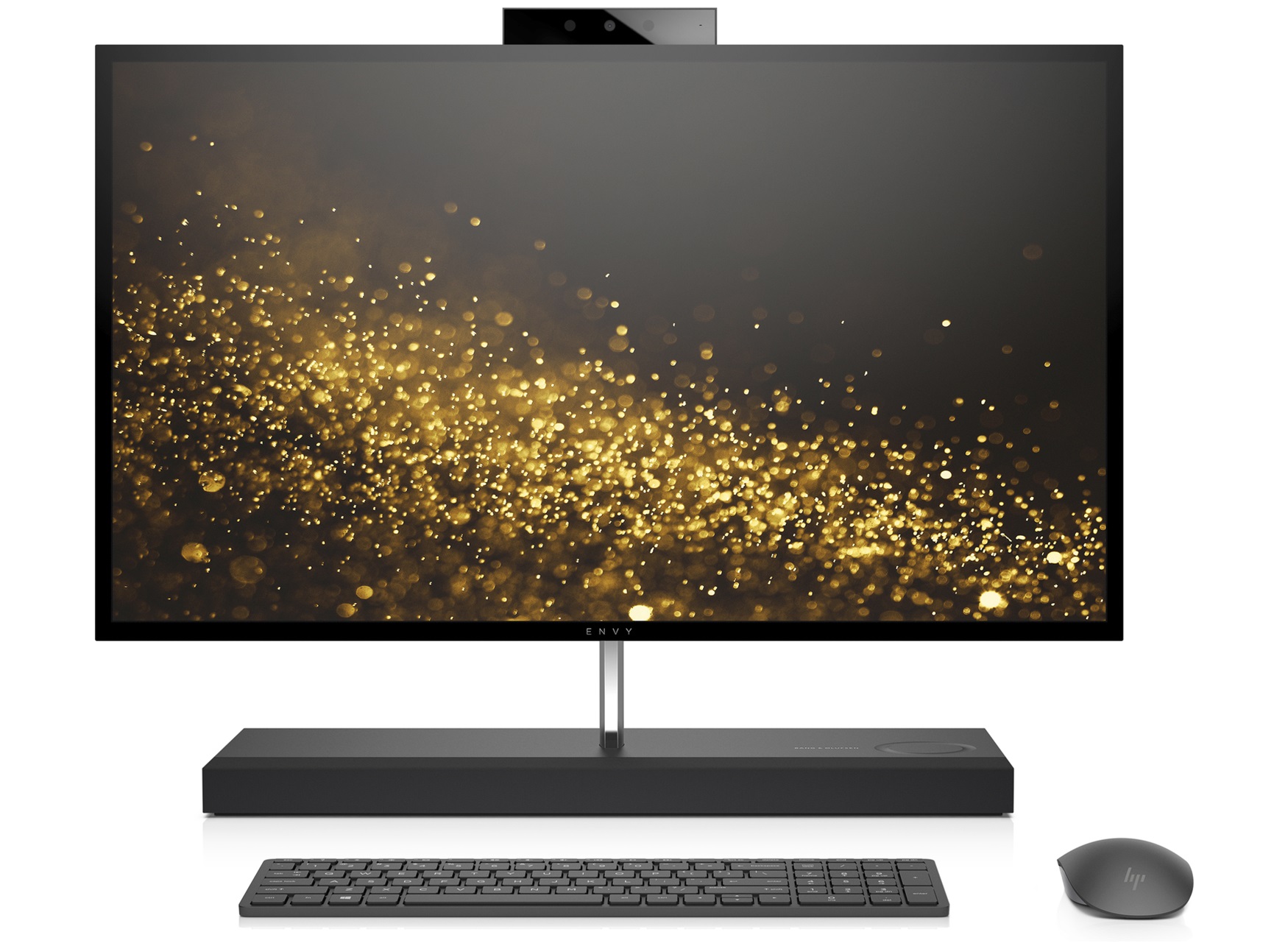 Despite being roughly the same price as the cheapest 27-inch iMac, the HP ENVY 27-b206na has a faster processor, a better graphics card and more storage

There are some applications that only run on Mac OS X or on Windows. If you have one of those you need to use, then your decision will likely be made for you. That said, there is a much wider range of software available for Windows.

For the majority of businesses, though, both platforms will support the applications they need. As well as the Adobe Creative Cloud, you can get applications like Microsoft Office for both operating systems, with excellent compatibility between the two.

On most fronts, Apple Macs don’t offer any compelling benefits that are worth the extra cost associated with them. It really comes down to personal preference, so if your budget allows for Macs, then that is what you should base your decision on. But are Macs inherently better for design? No, and they haven’t been for a while.