We take a look at the stories that caught our eye last year.

The first week of 2019 is nearly over. The last of your new year’s hangover is finally fading, and the extra inch you’ve added to your waistline over the festive period now appears to be a permanent feature of your body. What better time to reflect on the past 12 months?

Here, in roughly chronological order, are TMB’s IT-related highlights and lowlights of 2018.

One Fine Mess For Carphone Warehouse

In January, Carphone Warehouse was fined £400,000 by the ICO, for a data breach that occurred in 2015. Thanks to its out-of-date WordPress sites, hackers were able to steal the personal data of more than three million customers and 1,000 employees. Perhaps fortunately for the firm, this happened before GDPR came into effect, which could have easily resulted in a much higher fine.

The same month, two major design flaws were discovered that affected computer processors dating back as far as 1995. Unlike most bugs, Meltdown and Spectre are hardware problems, which means they can’t be completely fixed with software updates. How each of them works differs, but essentially they both allow access to areas of computer memory that should be secret. Several patches have been issued since they were found, which has helped mitigate the problem, but ultimately, processors will need to be redesigned to provide a permanent fix.

February saw the UK government announcing strict new cyber security regulations for organisations working in critical industries. Under these rules, suffering a data breach due to insufficient cyber security can land a business with a fine of up to £17 million. The same applies if they suffer a breach and fail to report it properly.

Remote Working Tools Save Us From Beastly Weather

Later that month, the UK was hit by some of the coldest weather on record – thanks to a weather system dubbed as the Beast from the East. Businesses all over the country were affected, as roads were closed and public transport ground to a halt. Thankfully, many of us were still able to work from home, thanks to remote working tools. 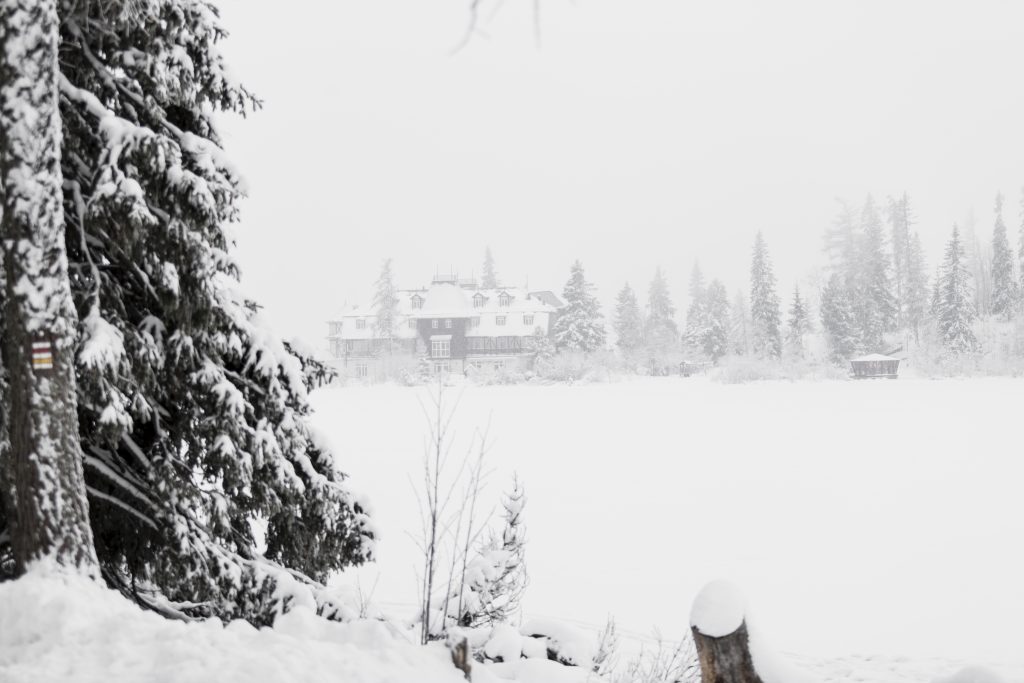 Remote working saved us from the snow.

The Lost City Of Atlanta

The bigger they are, the harder they fall… and nowhere was that felt more sharply during March than in the US city of Atlanta. Thanks to a massive ransomware attacks, several public sector services were disrupted, causing chaos and long-lasting financial damage. In June 2018, Atlanta’s IT chief suggested that $9.5 million would be needed to address the problems caused by the SamSam malware, on top of the $2.7 that had already been spent.

Cambridge Analytica Get Eggs In Its Face(book)

Also attracting headlines for all the wrong reasons in March was Cambridge Analytica. Previously unheard of to most people, it soon became a household name, after it was revealed to have used Facebook to influence the US election, using millions of harvested Facebook profiles without permission. The resultant fallout from this scandal led to the eventual closure of Cambridge Analytica, but the damage caused to Facebook’s reputation has yet to repaired. Only this week, the social network’s founder, Mark Zuckerberg, stopped selling off his shares, as their value continued to plummet.

The Tech Failure You Can Take To The Bank

Transferring millions of customer accounts to a new system is never going to be an easy task, but surely banks, with their vast riches, should have no problem with such a project.

During April, in what has now gone down as a legendary fail of epic proportions, TSB suffered a hugely costly and embarrassing technological meltdown that directly affected millions of customers. Accounts were inaccessible, money disappeared from accounts, bills weren’t paid, account details vanished… The list goes on.

After clinging on for dear life for several months, TSB’s CEO, Paul Pester, finally stepped down from his role.

Although marketing professionals will often sing the praises of social media, portraying it as the holy grail of advertising, not everyone agrees – including the pub chain Wetherspoons. In April 2019, it made the decision to close all its social media accounts.

Was this something other businesses should follow? The answer is it depends. If your customers use social media and you’ve got the right people running your social accounts, then it can be valuable. For Wetherspoons, though, which had a low number of followers and hardly any user engagement, it was ultimately the right decision.

Moving on to June, the thorny issue of data protection once again reared its head. This time, the UK’s tax authority, HMRC (which should really know better), was censured by the ICO for storing the biometric data of taxpayers without permission.

Bad news again for the Dixons Carphone group. In June, it suffered another major cyber attack. Initially, it was thought that 1.2 million user accounts were affected, but this was soon revised to a much more scary 10 million. 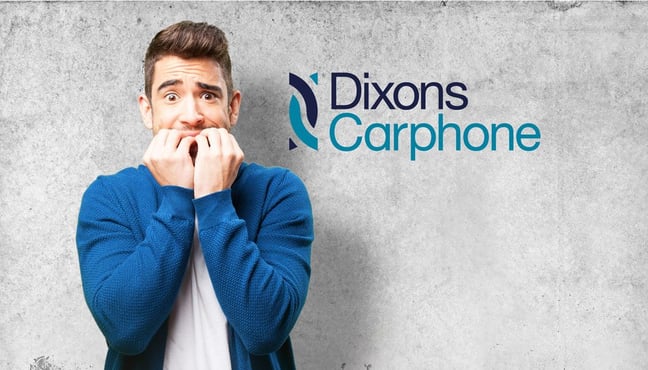 If you were in any doubt about Microsoft’s plans for Windows 7, they should have been put to rest when it ceased forum support for it in June. Customers are still welcome to answer each other’s questions, but Microsoft itself will not be pitching in any more. If you’re not using Windows 10 already, an upgrade should be high on your list of priorities.

Having monumentally cocked up a major data migration months earlier, TSB sent letters to its customers in June, apologising for all the inconvenience. What could possibly go wrong with that? It’s not like they were going to accidentally include the names, addresses and reference numbers of other customers… No, hold on; that’s exactly what they did.

When Atlassian Stride was announced in September 2017, it was instantly recognised as a competitor to the popular collaboration app Slack. Atlassian has a history of disrupting markets, with tools like Jira and Confluence gaining popularity in corporate settings. But Stride, it seems, was one step too far. Less than a year later, in June 2018, Atlassian abandoned Stride and encouraged users to try Slack instead. Great news for Slack. 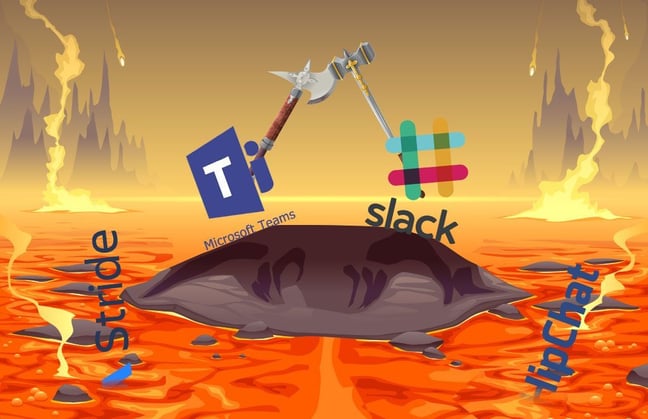 The enterprise chat app battle was just warming up when Stride dropped out.

Also finding cause for celebration in July was Microsoft, whose profits exceeded $100 billion for the first time ever, helped in large part by the success of Office 365.

And speaking of Office 365, July also saw the release of a free version of one of its best applications: Microsoft Teams. Although it has some limitations compared to the full version available with Office 365, it still offers plenty of useful features, and it enables businesses to essentially try before they buy.

Microsoft also attracted praise for the release of the Surface Go tablet / laptop hybrid. Designed as a budget alternative to the top-end models, it offers similar functionality as other Surface products but at a significantly lower price.

In less auspicious news, Elon Musk used Twitter to accuse a British cave diver of being a paedophile. Why? Because they disagreed about the potential effectiveness of a submarine his company had built, which Musk offered in the rescue of children trapped in a cave in Thailand.

In September, the government revealed that trials of 5G mobile broadband would be trialled in three cities across the West Midlands: Birmingham, Coventry and Wolverhampton.

We have no way of knowing, but we reckon Ozzy would approve of 5G in the Midlands.

Businesses dismayed by the upcoming end-of-life date for Windows 7 were given a lifeline, when Microsoft announced Windows 7 ESU (Extended Security Updates), which will continue support up until January 2023. It will, however, come with a fee attached, which rises every year. That if you even qualify: there are various restrictions on which businesses can apply. In many cases, the most cost effective solution is simply to upgrade to Windows 10.

The ICO Says I See You To Delinquent Firms

Almost all businesses in the UK should be paying the Data Protection Fee, and failure to do so can result in hefty fines from the ICO. In November 2018, the first ever fines for non-payment were issued. Having sent 900 letters to companies that hadn’t paid the fee, it eventually fined a hundred of them for continued inaction in the regard.

Teams Proves It’s Not Slacking Off

Rounding off a great year for Microsoft, news broke in December that Teams had overtaken Slack in user numbers, taking second place in the collaboration tool stakes. Number one in the league table was another Microsoft product: Skype for Business.

What were your IT-related highlights of 2018? Leave us a comment and let us know!