2018 Budget: How Will It Affect SMEs And The Technology Sector?

We look at the Chancellor’s latest statement.

The Chancellor of the Exchequer, Philip Hammond, has delivered what is expected to be the last budget before *shudder* Brexit. Among the detail were various announcements directed at SMEs and the broader technology sector.

Here, we break down some of the key messaging.

In a move aimed at helping the high street, business rates have been cut by a third for retailers with a rateable value of £51,000 or less. The impact of the decision, which is being implemented right away, means an annual saving of up to £8,000 per year, and the initiative adds up to £900m of funding from the government.

Retailers on the high street should cheer the announcement, which has been brought in as a direct consequence of the success of the digital marketplace. The Chancellor wants to show that the government is listening to under pressure high street businesses, and for SMEs in particular, any financial help is welcome.

As is typically the case following announcements such as this, the reaction to the news from the business community was mixed, with some in business feeling that the initiative doesn’t go far enough and that business rates should be scrapped entirely. What is clear, however, is that the smaller high street retailer can only benefit from this. 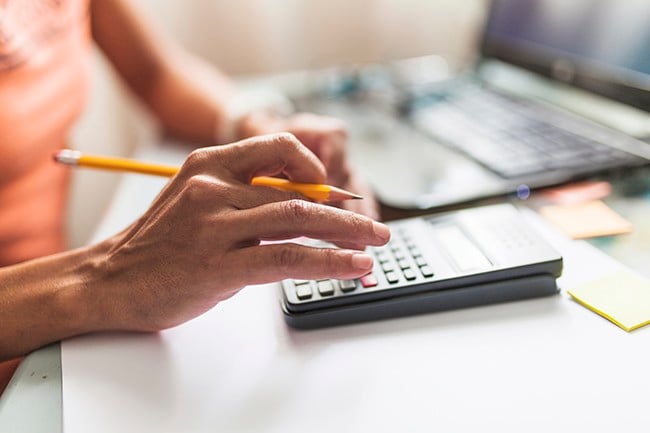 Will this budget add up for your business?

In another boost for business, the Chancellor announced that the Annual Investment Allowance, a tax relief for business on equipment and machinery that is kept to be used within their work, is increasing from £200,000 to £1m for the next two years, although it won’t kick in until January.

Businesses looking to invest in plant and machinery might want to hold off until next year, when they can take advantage of this increased allowance and help to stimulate SME business investment.

Any small business thinking of partaking in apprenticeships should also be encouraged by the announcement that the fee paid towards that training will be halved from 10% to 5%. The government is backing the use of apprenticeships as part of a £695m package.

You might remember that various reports have confirmed that apprenticeship numbers have been falling, and while this should help to encourage small businesses to dip into apprenticeships, it remains unclear at this stage just how much of a difference it will truly make to overall numbers.

During his speech, the Chancellor stated that the government backed the FCA’s plans to give SMEs access to the Financial Ombudsman Service. The FCA has previously said that it plans to extend access to the FOS to more SMEs, meaning that businesses “with an annual turnover below £6.5m and fewer than 50 employees, or an annual balance sheet below £5m will now be able to refer unresolved complaints to the ombudsman service”. The new terms would mean that around 210,000 more SMEs would be eligible to complain to the FOS.

With the government’s official backing, it would seem likely that these new rules would fall into place.

This is a broad area, but the government has committed to £1.6bn in funding for what it calls its ‘modern industrial strategy’, which takes in areas from nuclear fusion to quantum computing.

This investment in technology will mean funding for areas such as artificial intelligence, and it points to a big commitment to research and development for future technologies. The Chancellor also announced £150m for ‘tech fellowships’ to allow the country to encourage talent from abroad to help to contribute to the UK’s scientific research.

Finally, we come to one of the big talking points from the speech: the UK Digital Services Tax. During the Budget announcement, the Chancellor noted the impact of digital platforms on our lives and the economy, pointing out that they “pose a real challenge for the sustainability and fairness of our tax system”. This comment specifically refers to large global companies, such as Amazon and Facebook, and the Chancellor doesn’t think it’s fair that such businesses “can generate substantial value in the UK without paying tax here in respect of that business”. With slow progress in coming up with international corporate tax reform, the government has decided to take a stance on its own by introducing the UK Digital Services Tax, described as a “narrowly targeted tax on the UK-generated revenues of specific digital platform business models”.

Tech start-ups are not being targeted here; it really is just aimed at established tech giants. Profitable companies generating at least £500m a year in global revenues will be affected, and the tax, which will be charged at a 2% rate, is expected to raise over £400m a year once it comes into effect in April 2000.

Again, this measure has been met with a mixed response, because while the action itself is widely regarded as one landing firmly in the "it’s about time" pile, it's fair to ask whether it really goes far enough, particularly considering that the Guardian has reported that the Office for Budget Responsibility is forecasting that the tax could raise just £30m from each of the major companies concerned.

What the tax does do, however, is make a statement from the government that it has listened to concerns about the levels of tax paid in comparison to the vast profits such companies are making, but also won’t upset those companies too much to scare them away from the UK.