Are Data Hacks Scaring Customers Away?

The recent data breach at Dixons Carphone has shone yet another unwelcome light on a very real and pressing issue for businesses: consumer trust. According to data from cybersecurity specialist Bullguard, businesses have a lot of work to do to.

A study of 2,000 adults commissioned by the company has led to the rather startling statistic that nearly three quarters of those surveyed said they feared their personal data held by companies would be stolen in a hack attack and that their details would be at risk every time they handed over their bank details and email addresses. Distrust of organisations, it would seem, is pretty high.

Should we really be surprised at the level of distrust consumers have in how businesses handle their data? News stories online and in the press are quick to pick up on cases surrounding people’s data, and individuals can freely circulate their own experiences and stories of data woes on social media. Don’t forget also that, right now, GDPR are four letters nobody is going to forget in a hurry, so data protection is very much at the forefront of everyone’s minds. 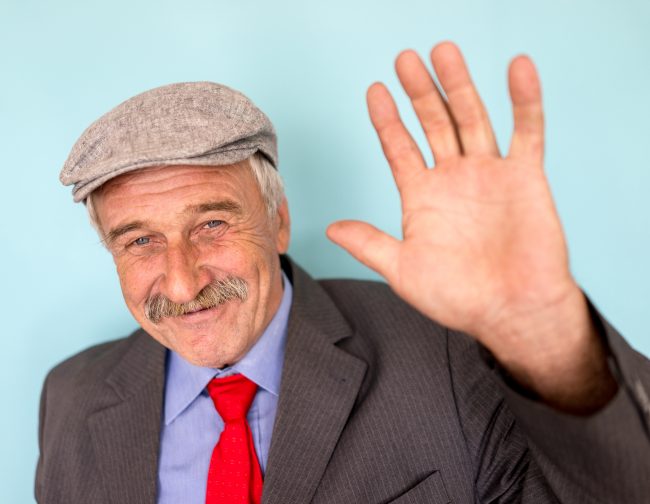 Thanks, but no thanks. Losing people's data is a great way to put them off doing business with you.

With such a focus on data, it’s hardly surprising that consumers are showing a more active interest in how their personal details are being looked after - and when things go wrong, they really start to take notice.

Consumers are right to be concerned too. Identity fraud cases reached record levels last year, and among those polled by Bullguard, 71% were worried about becoming victims of ID fraud as a result of a company hack, while 69% were concerned about their credit card details being released into the wild.

The fact is that some businesses are falling short. In a study of over 500 UK business leaders, business internet provider Beaming found that nearly four million UK businesses could be leaving themselves at risk of data loss because of inadequate backup practices, with nearly half of respondents confirming that they keep their backups on a separate system within the same premises.

The study also found that, worryingly, 17% of those asked don’t back up business data at all and store information on individual computers and employee devices - sole traders and micro businesses employing less than ten people were most likely to be not backing up data.

As for consumers, they can of course vote with their feet when it come to hacking concerns. Bullguard’s research showed that nearly half of respondents have stopped or avoided using a site or service because of a lack of trust in how that company will use their personal data.

With the vast majority (85%) of respondents stating that their felt companies put profits ahead of the security of their customers, and just under half believing that businesses are not doing enough to protect their data, it’s clear that firms have a long way to go in convincing consumers that their data truly is safe.

If you want to protect your business against data loss, contact TMB today. We offer a range of different services, including cloud backup solutions and robust disaster recovery.

Prev Previous Is Your Business A Victim Of Digital Inequality?
Next HMRC's GDPR Worries Highlight A Bigger Problem Next