5G Is Coming. What Is It, And Why Should You Care?

This trial should tell us a little more about the current state of 5G in the UK and how close we are to using this next-gen technology on a UK-wide basis. EE will be the first UK operator to test 5G in an urban environment and, if successful, will help to cement its plans to become the UK’s first commercial 5G operator.

EE has already turned a few heads within the industry by claiming that it would be launching its commercial 5G service next year, which was seen as a bold statement, as it’s actually ahead of the government’s own timescale of a service launch for 2020. EE has previous form, as it was the first operator to launch 4G in the UK, back in 2012, so its history in this area serves it well when it comes to delving deeper into its claims.

Rival operators aren’t so sure, though. In response to EE’s announcement, O2 told website 5G.co.uk that any operator launching 5G services before 2020 would be utilising a “lite version” of the technology. Of course, O2 is minded to protect its own position in the market, and EE’s claims were always going to be met with some form of response.

For its part, EE is confident, countering O2’s comments with a pretty staunch defence of its intentions, stating that while it’s aware that a 2019 launch of any technology would be ahead of a formal definition of any standards surrounding the network, this isn’t uncommon for any evolving technology. The firm has been quoted at 5G.co.uk as saying, “All generations of mobile technology evolve from launch – there’s nothing different about 5G in that respect, and there’s no need for confusing terms like 5G Lite”. 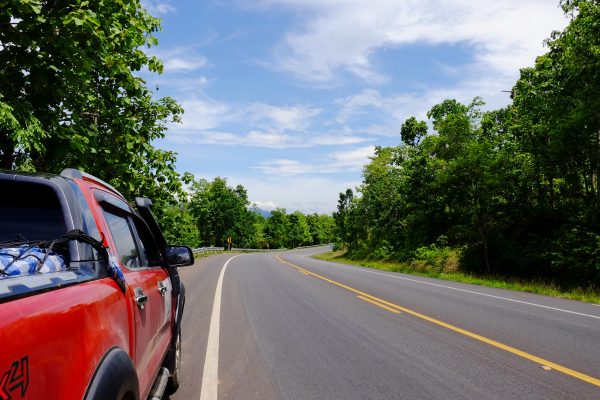 Can you get 4G when you're out in the countryside? If not, you probably won't get 5G either.

Whether EE’s trial leads to an early rollout next year, or whether we’ll see it in 2020, is 5G really a game-changer? With the standard for the technology not yet finalised, some of the chatter around 5G is conjecture at this stage. However, here’s what we do know: 5G speeds are going to far exceed those on 4G networks.

When talking about download speeds, we need to be careful, because while there's talk of 5G being 10, 20, even 1,000 times faster than 4G, these are all just estimates, since the standard is yet to be finalised. However, as a good starting point, 5G speeds that are at least ten times faster than 4G would seem to be a reasonable, and probably conservative, estimate. Real-world speeds will be less than anything achieved in trials from the likes of Nokia and Verizon, but for a particularly ambitious target, look no further than the 5G Innovation Centre at the University of Surrey, which recorded speeds of 1 terabit per second in 2015, which is obviously thousands of times faster than current networks.

It isn’t just download times that will benefit either. Upload speeds would also improve, and the time taken to access the web and cloud-based services will seem instantaneous due to the low-latency expectations surrounding 5G, with 1ms response times being touted.

All of this sounds exciting but the problem with speed claims is that, as with current 4G networks, 5G’s success depends entirely on coverage across the UK. 4G is great, when it works, but if you happen to be in an area with poor coverage, those 4G speeds rapidly seem underwhelming. Nationwide coverage of 4G still isn’t available, years after its inception, and it seems unlikely that 5G will be available to the whole of the UK without a great deal of time and money.

Another major benefit of 5G over current networks is capacity. 5G networks will be capable of handling larger data streams, which is going to be a must with the growing interconnectivity of devices and reliability on cloud computing. 5G networks will also help businesses to provide better services and user experiences, streamline communications and applications, and generally enhance productivity and create efficiencies.

When 5G comes, it won’t come cheap, but the potential benefits to businesses could be significant. The US and countries in Asia are already planning on 5G networks potentially as soon as this year, and the UK will not want to be left behind. All eyes will be on EE’s trials this October.